skip to main content
Return to Fordham University
You are at:Home»Arts and Culture»Top Ten Feminist Advocates for Work and Family 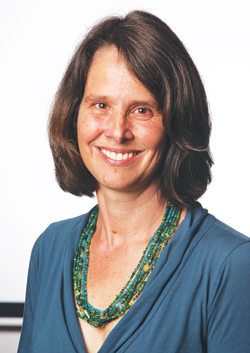 Author’s Note: The women’s movement has an unjustly bad reputation when it comes to the problems of work and family. Many see feminists advancing women in the workplace, but at the expense of family and home responsibilities. In honor of International Women’s Day (March 8)this column lists feminists who have fought to change society so that work and family could be balanced. These women are champions for working families we should remember:

Betty Friedan, a founder of the National Organization for Women (NOW) and the archetypal feminist, is often blamed for feminism’s supposed interest in the workplace alone. Yet, from the late 1970s on, Friedan explored the “agonizing conflicts” of young women seeking families and careers. Calling the family the new feminist frontier in her book The Second Stage (Simon & Schuster, 1981), Friedan challenged society to create a world where work and family could be balanced and true equality achieved.

Patricia Schroeder is an unsung heroine. U.S. Rep. Schroeder championed the needs of working mothers in Congress from 1973-1997. She helped secure the Pregnancy Discrimination Act (1978) and shepherded the Family and Medical Leave Act (1993) to its eventual approval. When she arrived in Congress, a colleague asked Schroeder how she could possibly simultaneously raise two small children and serve. Her reply, “I have a brain and a uterus and I use both.”

Heather Booth, a lifelong progressive activist who most famously helped found Jane, a 1960s women’s reproductive services collective. Less well known: her formation of the Action Committee for Decent Childcare (ACDC) in Chicago. ACDC is emblematic of the literally hundreds of feminist day-care advocacy groups in the 1960s and 1970s that fought for parent-controlled, affordable child care.

Ruth Bader Ginsburg, eminent Supreme Court Justice, is an architect of modern women’s legal rights. Throughout, she has defended the principle that men and women share responsibility for supporting families and raising children, and that law should uphold that shared duty. In Weinberger v. Wiesenfeld (1975), for example, Justice Ginsburg persuaded the Court that widowers—and not just widows—should be entitled to Social Security benefits for dependent children.

Joyce Miller set up what the U.S. Department of Labor declared “the Rolls Royce of day care” programs for the Amalgamated Clothing Workers in the 1960s. She then broke the glass ceiling, becoming the first woman to serve on the executive committee of the AFL-CIO. From her platform there and as president of the Coalition of Labor Union Women she launched campaigns for child care, parental leave, and the rights of pregnant workers.

Judith Lichtman & Donna Lenhoff were scrappy feminist lawyers leading the Women’s Legal Defense Fund in its early years in the 1970s. They helped write the Family and Medical Leave Act, which remains the only federal law providing job-protected leave for family care responsibilities or illness. Lichtman and Lenhoff led the 200-member coalition that secured its passage after a nearly decade-long battle.

Ellen Galinsky founded the Families and Work Institute in 1989. FWI reports guide best practices in business and routinely influence congressional debate on work and family. Galinsky now directs the When Work Works project, showing business how workplace effectiveness and flexibility can be complementary, not contradictory.

Nancy Folbre was awarded a MacArthur “genius” award for her innovative work on the economics of care in 1998. The “invisible heart,” as she calls it, adds value that conventional economics fails to recognize. A professor of economics at the University of Massachusetts, Amherst, Folbre shows that in failing to value the work of care, support for caregiving is squeezed and discrimination against women is perpetuated.

Joan Williams has been at the forefront of tracking the “maternal wall” for nearly a decade. Bias against mothers, who are assumed to lack competence and commitment, is today the strongest and most open type of gender bias. A Distinguished Professor of Law at the University of California, she founded the WorkLife Law center, which has filed pioneering suits in family responsibilities discrimination.

Kirsten Swinth, Ph.D., associate professor of history and chair of the department, is currently at work on a book on the rise of the American working family since World War II, Care & Competition in Postindustrial America: The Making of the Working Family.