skip to main content
Return to Fordham University
You are at:Home»Arts and Culture»Top 10 Novels Set on College Campuses

Fredric Nachbaur has been the director of Fordham University Press (FUP) since February 2009. 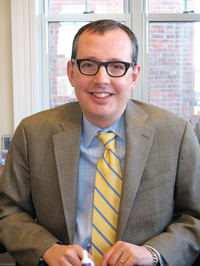 In that time, he has worked to ensure fiscally responsible publishing, expand the breadth of the catalogue and develop a strategy for e-books, among other initiatives. He developed this list after surveying friends and FUP staff members. The first three titles are his favorites.

1. Maurice by E.M. Forster
Written in 1913 but published after the author’s death in 1971, this love story between two men is set in the elegant Edwardian world of Cambridge University. One of my favorite writers, Forster was ahead of his time in writing about same-sex love in a non-condemnatory way.

2. Love Story by Erich Segal
WASPy Harvard student Oliver falls in love with working-class, sharp-tongued Radcliffe girl Jenny. Published in 1970, this is a classic that should be on everyone’s shelf.

3. The Secret History by Donna Tart
A group of clever classics majors at an elite New England college form a group that takes them beyond normal morality, including the ability to kill. I dare you to try to put this one down.

4. The Human Stain by Philip Roth
Also set in New England, this book focuses on aging classics professor Coleman Silk and the secret he has kept from his colleagues, friends and family for 50 years.

5. White Noise by Don DeLillo (FCRH ’58)
This novel, set at a Midwestern college, examines the bizarre life of a Hitler studies professor, his quirky wife and four children. It is considered DeLillo’s breakout book, winning the National Book Award in 1985.

6. This Side of Paradise by F. Scott Fitzgerald
The author’s debut novel—published when he was 23 years old—focuses on a circle of Princeton socialites. It has a ton of tongue-in-cheek hand-wringing about whether Princeton is better than Yale.

7. Dirk Gently’s Holistic Detective Agency by Douglas Adams
This book has a fun take-off on Oxbridge culture. One of the characters holds a prestigious chair endowed by King George III tasked with making sure time continues to run forward, but the administration is prevented from removing the chair because of its own Byzantine structure.

8. The Rules of Attraction by Brett Easton Ellis
This is a tale of three privileged, self-absorbed students at a bohemian liberal arts college in New Hampshire. It is a modern-day love triangle with sex, drugs and drama.

9. Stover at Yale by Owen Johnson
Described by F. Scott Fitzgerald as the “textbook of his generation,” this novel looks at undergraduate life at Yale at the turn of the 20th century. It recounts Dink Stover’s navigation through the social mores at Yale and his struggles with social pressure.

10. The Paper Chase by John Jay Osborn Jr.
Published in 1970, this novel recounts the story of Hart, a first-year law student at Harvard, and his dealings with Charles Kingsfield, the smart, demanding contracts professor whom he both idolizes and finds incredibly intimidating. The book was hailed as the first novel to realistically describe the experiences of students within American law schools.