skip to main content
Return to Fordham University
You are at:Home»Arts and Culture»Tony Winner to Head Design and Production Track at Fordham Theatre
Photo of Clint Ramos by Tom Stoelker, production photos courtesy of Clint Ramos Design
Clint Ramos was a first-year student at a high school in the Philippines when he was introduced to street theater. At the time, he wasn’t fully aware that he was about to engage in a political demonstration that could have him staring down the barrel of a water cannon. 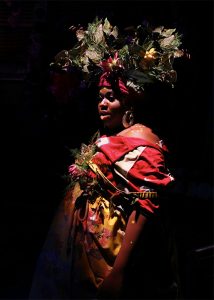 Once on This Island

A Tony and Obie award winner who was recently tapped to head Fordham Theatre’s Design and Production track, Ramos was identified as gifted when he was young. He was dispatched to a school set up by the Marcos regime that offered free room, board, and tuition to talented students.

“In theory, it was wonderful because of everything available to us, but of course it was all very corrupt,” he said.

He was enticed when an iconoclastic drama teacher encouraged him to perform at a small plaza in the middle of Manila.

“We would do these seven-to-10-minute allegorical pieces in a business district. In the beginning, I didn’t know it was against the Marcoses.”

His job was to hold a red pole with a flag so people knew where to gather and when the performance began.

“And then we had to really finish on time because otherwise the cops would arrive and they would come with water cannons,” he said. 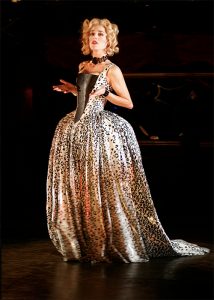 “I kind of fell in love with the idea of political theater, which is often different from the theater I do here, but I still carry the same core,” said Ramos, who came to New York in the mid-’90s to study theater.

Ramos is at a point in his career where he can turn down jobs that are not a good fit. In addition to his Tony, his Obie Award in 2013 was for Sustained Excellence in Design. He’s also taken home three Lucille Lortel Awards, two American Theater Wing Henry Hewes Awards, a Helen Hayes Award, and three Drama Desk nominations. His scenic and costume design credits on Broadway include Eclipsed with Lupita Nyong’o, Torch Song, Six Degrees of Separation with Allison Janney, Sunday in the Park With George with Jake Gyllenhaal, Violet with Sutton Foster, and The Elephant Man with Bradley Cooper. He’s also designed on London’s West End and for the National Theatre there.

The 2017 revival of Once on This Island earned him a Tony nomination for his costumes. Though it was a commercial effort, he said the musical dealt with issues he is concerned about both beyond the theater, such as global warming, and within the theater, such as inclusiveness (the cast is entirely composed of actors of color). 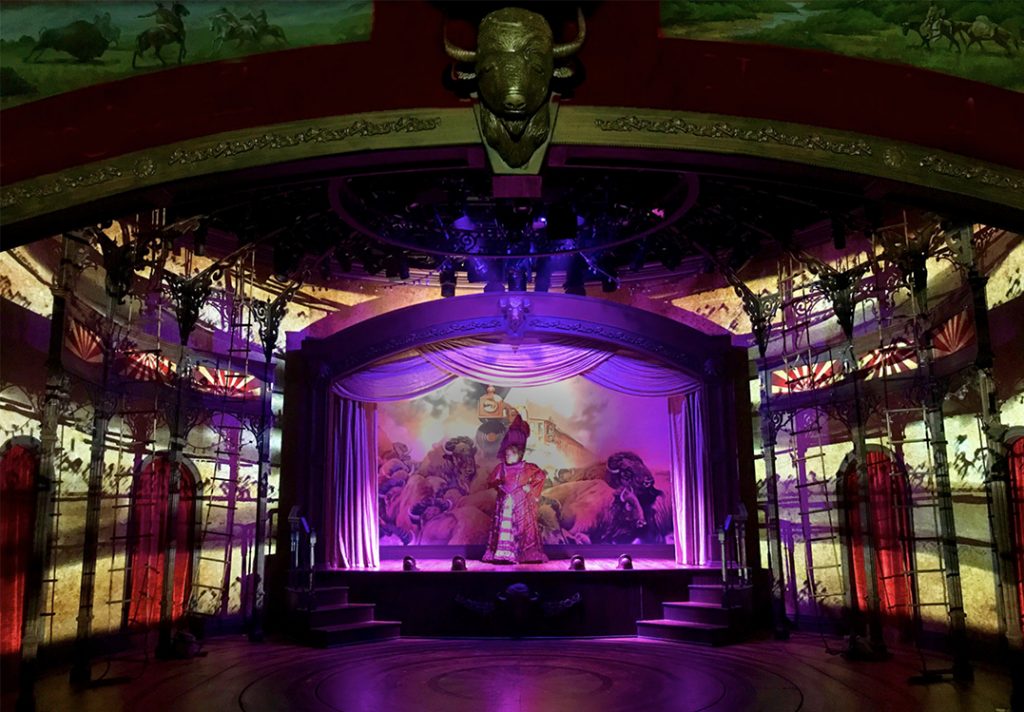 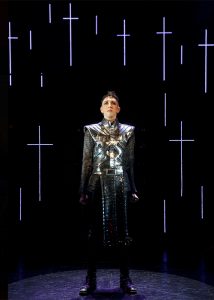 Joan of Arc: Into the Fire

He added that while Broadway bears the reputation of its blatant commercial successes, there are plenty of important stories being told. He cited Eclipsed, the play for which he won the 2016 Tony for costume design. The story of five Liberian women surviving the Second Liberian War, it was the first play with an all-black female cast to premier on Broadway and was noted for its mostly-female creative team. For his part, Ramos became the first person of color to take home the Tony in the costume category for his work on that show.

“I think with bigger profile jobs come a bigger audience, and through that I can say a lot of things that are important to me,” he said “When we did Eclipsed on Broadway, that was major. I feel like we underestimate the audiences too much. Every single human being who walks into that theater has a political point of view.”

All of which fits directly into the Jesuit mission, he said, adding that he and his siblings were educated at Jesuit grade schools.

“I actually got really giddy when I saw that Fordham students have to take three classes of theology,” he said. “When I saw that, it reminded me fondly of my high school. That’s part of my consciousness.” 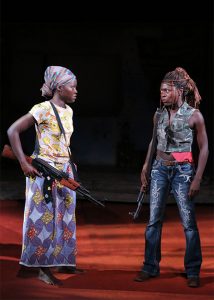 In his new role as assistant professor of theater design at Fordham, Ramos began teaching theater history this semester. In the spring, he will team with the established production staff and begin to teach courses on set and costume design as well as run a design production workshop.

He said that as designers and “as aesthetic curators,” artists and students need to take the “pulse of the popular culture to be able to create some sort of reaction from the people viewing it.”

What that looks like on stage is up to the student, he said.

“I don’t really try to think of teaching as ‘I want to create these theater artists.’ For me, I really just want them to come out of the program as really good citizens with a solid identity. That’s above anything else.”