skip to main content
Return to Fordham University
You are at:Home»Arts and Culture»The Top Ten Things to Do in the Bronx That You Probably Won’t Read About in New York Magazine 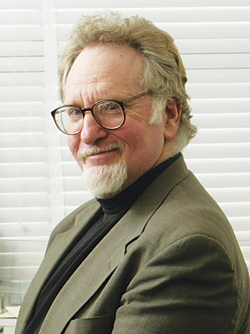 10. Hit tennis balls in Haffen Park in “The Valley” section of the Northeast Bronx, and one of the real hidden jewels in the New York City parks system.

9 Walk up White Plains Road from 219th Street to 241st Street, and experience one of the great Caribbean business strips in New York City.

8. Play golf at the Pelham/Split Rock Golf coursesand see the largest herd of wild turkeys in New York City (but watch out for the poison ivy).

7. Go to the “Bronx Classic,” a professional tennis tournament in Crotona Park in late- to mid-August, whose winners get a wild card into the U.S. Open Qualifying Tournament.

6. Go to “First Friday” at the Bronx Museum of the Arts on 165th Street and Grand Concourse, which features great music and films that reflect the cultural diversity of the Bronx. 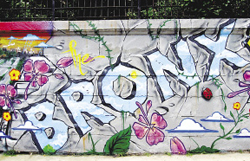 Photo and Graffiti by Tats Cru

5. Check out the Sunday Brunch at Giovanni’s on 150th Street and Grand Concourse, where you will have huge amounts of great food and see some of the Bronx’ hippest couples and families.

4. Visit the Rebel Diaz Arts Collective at 478 Austin Place near 149th Street, and meet the hippest group of rappers, poets, music producers and political activists on the East Coast.

3. Eat lunch at the Crab Shanty on City Island, which has the best and most affordable seafood lunch specials in New York City.

2. Go to the Thursday Night Old School Hip Hop Jams in Crotona Park during the summer, which feature some of the artists who created Hip Hop Culture in the middle and late 1970s.

1. Starve yourself for a day and visit Johnson’s BBQ at 163rd Street, between Union and Tinton Avenues, where you will get the best BBQ and largest portions in New York City. Say “the professor sent you” and your portion may double!