skip to main content
Return to Fordham University
You are at:Home»Arts and Culture»The Power of Making Art Behind Bars 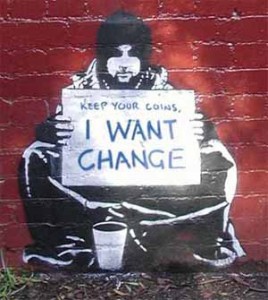 The use of the art therapy and education has proven successful not only in their rehabilitation, but also in teaching life skills that benefit these youth long after they return to society.

This weekend, the Graduate School of Social Service’s (GSS) Be the Evidence Project (BTEP) will sponsor an evening of discussion and performance to spotlight this important use of the arts.

The event, which is free and open to the public, will feature dance, monologue, and spoken word performances by alumni of the Rehabilitation Through the Arts (RTA) program. Established in Sing Sing Correctional Facility in 1996, RTA teaches theater, dance, voice, music, visual arts, and creative writing in five men’s and women’s New York State prisons.

Katherine Vockins, founder and executive director of RTA, and Lorraine Moller, Ph.D., associate professor at John Jay College of Criminal Justice, will discuss the ways that the arts benefit individuals in the justice system.

“This is a population with a history of trauma and chronic stress, so the arts are a way to process their trauma and a lot of the emotional and memory blockages,” said Tina Maschi, Ph.D., an assistant professor at GSS and founder and director of BTEP. “Art gives a sense of liberation. It taps into one’s self-expression—it helps them discover who they are, what they think, what they feel.”

With this in mind, Maschi and GSS student Alyson Weaver have been documenting the outcomes programs such as RTA, which use the arts as prevention and intervention for people with histories of trauma, mental health problems, or criminal offending. Funded by a National Endowment for the Arts grant, the project has studied art-based interventions in juvenile detention centers and prisons, youth art centers, and mental health facilities.

“The results of these programs include increased confidence and social skills,” Maschi said, noting that these programs use a variety of media, such as drawing, drama, dance, and even basket weaving. “It also increased self-reflection, which is important, because kids in the juvenile justice system often act impulsively.”

“If youth learn to self-express and self-reflect, it reduces the risk that they will engage in delinquent behavior, and helps them learn to manage their mental health symptoms,” she said.

Maschi has witnessed these results firsthand, having developed a group drumming intervention program, I-We Rhythm. She has used it with a number of populations, including homeless women with children and members of helping professions, such as social workers. She found that the activity not only reduced stress, but also helped participants feel connected to a group.

These mental health benefits aside, though, there is an even more significant reason to encourage the arts in any setting, Maschi said.

“It’s a human right,” she said, referring to Article 27 of the Universal Declaration of Human Rights, which states that everyone has the right to freely engage in the cultural life of a community, enjoy the arts, and share in scientific advancement and its benefits.

“By not giving youth the opportunity to engage in the arts, we’re denying them a basic right for self-expression,” Maschi said.