skip to main content
Return to Fordham University
You are at:Home»Arts and Culture»Templeton-Funded “Understanding” Project Opens New Field of Inquiry

It has been three years since Stephen R. Grimm, PhD, an associate professor of philosophy, secured Fordham’s largest humanities grant for a comprehensive study on the nature of human understanding.

Funded by a $4.2 million grant from the John Templeton Foundation, the Varieties of Understanding project came to a close on June 24 with the capstone conference drawing multidisciplinary international scholars to the Lincoln Center campus. The three-year project has underwritten research in the fields of philosophy, psychology, and theology on the question of how we understand the world. 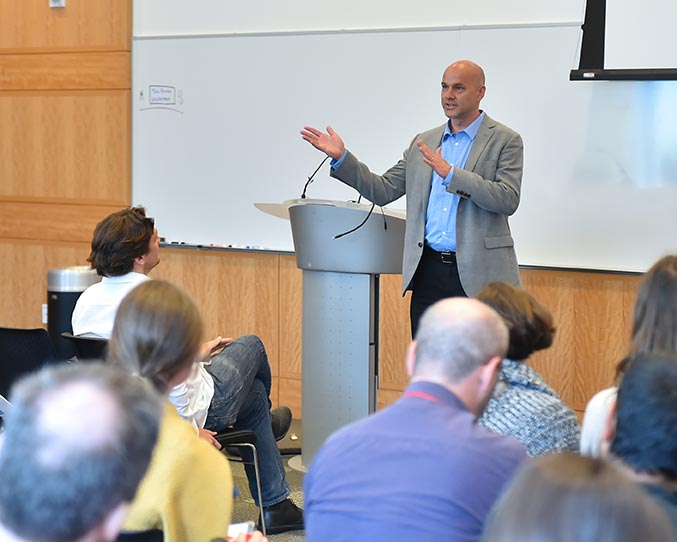 The scholars who participated in the project have collectively generated significant research in their respective fields, Grimm said. Ten books were accepted or published by major printing presses, including Oxford University Press and Harvard University Press, and 52 journal articles were published or accepted in journals, including Nous, Cognition, Child Development, Behavioral and Brain Sciences, Faith and Philosophy, and Philosophical Studies—with more than 40 more articles currently under review.

Grimm produced four papers for the project and will continue his research this fall as a visiting fellow at Clare Hall at the University of Cambridge. Among his research interests are two different kinds of understanding: one by which we “grasp” the world, and another that the world presents to us.

“One of the capstone speakers, Jennifer Gosetti-Ferencei, said that you read well when you let the novel or the poem grasp you—you’re not trying to grasp it or tinker with it. You’re being receptive to it, looking to see what it is pointing out to you,” Grimm said.

“There are some kinds of knowledge that we ‘grasp,’ such as the causal structure of the world. But then there are things like literary understanding that is more receptive and attentive. That’s a different kind of understanding.”

The Limits of Understanding

The scholars first convened in June 2015 for a midpoint conference. Read about their first gathering here.
The capstone conference, which ran from June 22 to 24, featured several eminent researchers, including Ernest Sosa, PhD, the Board of Governs Professor of Philosophy at Rutgers University; Anthony Gottlieb, former executive editor of The Economist; and Frank Keil, PhD, the Charles C. and Dorathea S. Dilley Professor of Psychology and Linguistics at Yale University.

Pulitzer prize-winning novelist and essayist Marilynne Robinson’s plenary talk, “How We Talk!” cautioned against becoming overconfident in our capacity to understand. She focused on academia’s use of scrupulously precise and reductionistic language, which she said gives an air of communicating truth.

Language, though, is “complex and endlessly open to new complications,” she said, “more like a brilliant companion of humanity than its creation.” 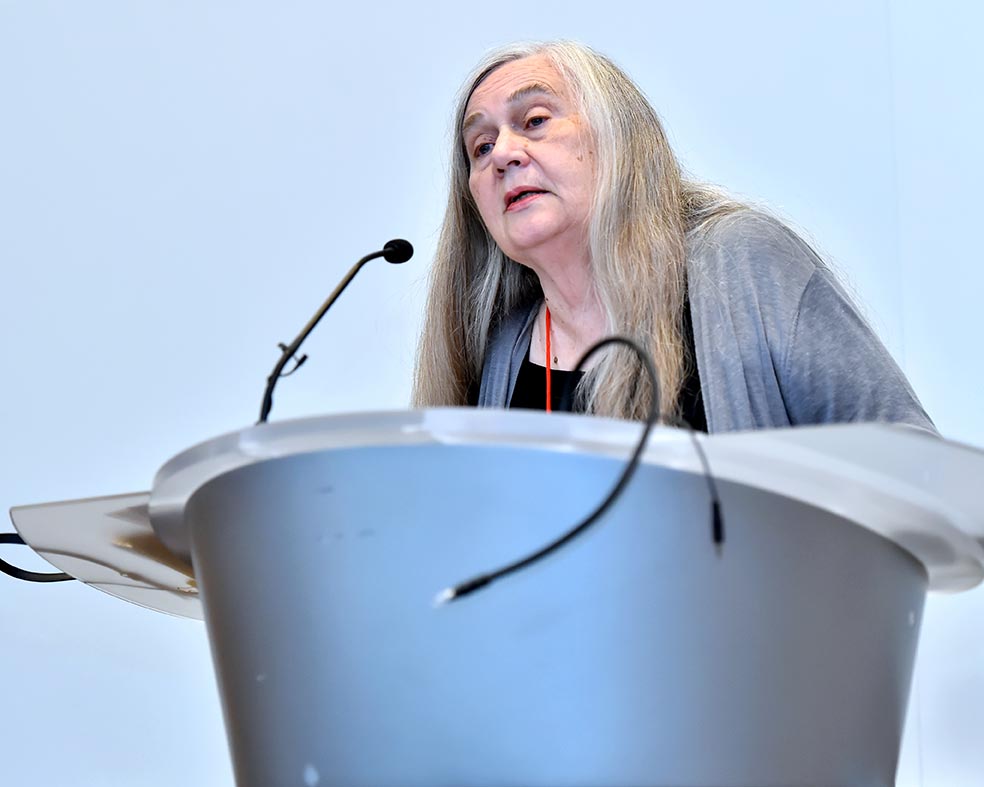 Author Marilynne Robinson gave a plenary address on the second day of the Varieties of Understanding conference.
Photo by Dana Maxson

“It’s like living with a creature, like a cat or something. You begin to find out it has its own ways of operating, that you can’t coerce it or control it,” she said. “We know language is alive, because it can be lifeless. It dies in captivity.”

Language is taken captive when academia—particularly social sciences, Robinson said—clings to jargon for the sake of being precise. Often, that precision becomes conflated with truth, leading us to overestimate just how much we actually understand about a given subject. Respecting the complexity and vitality of language keeps us intellectually humble, she said.

The $3.56 million Templeton grant and more than $640,000 in supplemental funds were used to distribute approximately $2.6 million in subawards to fund new research on the psychology, theology, and philosophy of understanding. Twenty projects were selected from nearly 400 proposals.

Tania Lombrozo, PhD, associate professor of psychology at the University of California, Berkeley; Michael Strevens, PhD, professor of philosophy at New York University; and Gordon Graham, PhD, the Henry Luce III Professor of Philosophy and the Arts at Princeton Theological Seminary directed the distribution of awards for psychology, philosophy, and theology, respectively.

Lombrozo directed empirical and theoretical research out of her Concepts and Cognition Lab at the University of California, Berkeley on the psychology of human understanding. Her team conducted a survey of how people generally view the ability of science to understand. Most people, the team found, believe that science is limited to empirical data.

In other words, science is useful for elucidating the world around us, but it fails when it comes to explaining phenomena such as romantic love or religious beliefs.

For a full description of the project, visit the Varieties of Understanding website.