skip to main content
Return to Fordham University
You are at:Home»Arts and Culture»Summer Reads from Fordham Faculty and Staff

It’s summer:  the season when there’s enough time to pick up a breezy book for the beach and delve into some of the deeper reads that might have had to wait during the busy academic year. 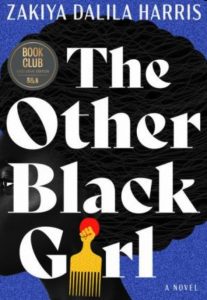 Laura Auricchio, Ph.D., dean of Fordham College at Lincoln Center, said she plans to read Crafting Enlightenment: Artisanal Histories and Transnational Networks, (Oxford University Studies in the Enlightenment, 2021) alongside The Other Black Girl (Simon & Schuster, 2021), a thriller by Zakiya Dalila Harris. She said she heard Dalila Harris speak on WNYC’s Get Lit program, which she highly recommends for summer reading ideas.

Auricchio’s summary of the plot: “The narrator’s a Black woman who has been working at this publishing firm for a long time—which is unfortunately still pretty rare. They hire another Black woman and then bad things start happening to the narrator, who suspects it could be the new hire,” she said. “I saw the book described as Get Out meets Whatever Happened to Baby Jane, and I was so intrigued by the author in the interview on WNYC, I thought the book would be compelling.”

“This book adopts a counter-intuitive argument that recontextualizes government and bureaucratic decision-making and their effects on persons living in poverty,” he said.

He also plans to read Dear Committee Members (Anchor, 2015), a satiric academic novel written by Julie Schumacher. The book presents itself as a series of recommendation letters written by an irritable English professor.

“The story is a fun way to laugh at ourselves as academics,” said Acevedo.

Here are a few more suggestions, both light and not so light, from Fordham faculty and staff: 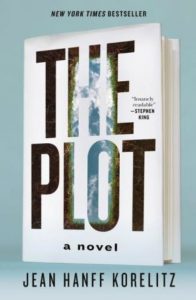 Donna Rapaccioli, Ph.D., Dean of the Gabelli School of Business

“There are so many nuggets of wisdom in Think Again that I find myself reading it again and again. For example, think like a scientist and treat your ideas as if they are hypotheses—you’ll be much more open to change. The Plot is a quick read filled with unexpected twists and turns. Korelitz also has some fun with her portrayal of writers. Wolf, a children’s book, is a beautiful depiction of the power of reading and knowledge to empower and transform behavior. I read it every summer. A Man Called Ove is a beautiful story of love, friendship, and acceptance. There are many takeaways but It demonstrates the power of kindness to overcome prejudice.” (Read more about Dean Rapaccioli’s summer reading suggestions in her Monthly Mindfulness blog post.) 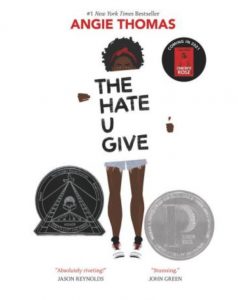 “I’m taking a real vacation this summer and heading to Iceland with my family.  It’s a new country for me and there’s so much to experience there, so I’ll be reading Lonely Planet Iceland. I’m also a big fan of mystery novels from the UK.  My sister recommended the Inspector Gamache series and I absolutely love the books. Kingdom of the Blind is one of the newest ones and I’ve been saving it to read on my vacation,” she said.

“One of the associate deans took part in a workshop with Dr. Sue and recommended Microaggressions in Everyday Life. It’s a riveting, eye-opening read and is aligning well with the anti-racism efforts that the Arts and Sciences deans have been leading. The Hate U Give is the common read for incoming students.  I’m looking forward to reading it and participating in discussions with our students about the book and its relevance to our times.” 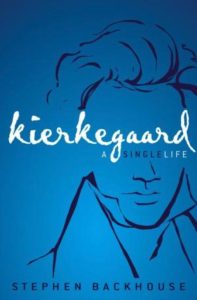 “Summer vacation, for me, means time spent at a lake in a cool Northern climate. It’s a locale that in my warmest memories recalls an episode of Schitt’s Creek, but in reality, like any other place, it has darker shades to life—just like By the Lake, a tale of a rural Irish village by the late novelist John McGahern. That’s my fiction selection for this summer, and it is proving as worthy as the reviews promised when it was published nearly 20 years ago. McGahern does what a novel, and a summertime book in particular, needs to do, which is to create an entire world that I can slip into, leaving behind news cycles and social media feeds. Ordinary miseries, and joys, have never felt so real, or so welcome.” 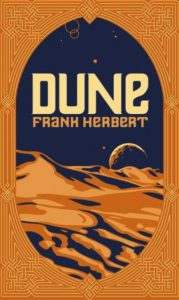 “This summer I am going back to a book I last read more than 40 years ago, Dune by Frank Herbert, a science fiction classic. I am interested to see how this 412-pager has held up over the years and if I still enjoyed it as much as the first time.”

“This is the book what we have the incoming first-year students reading, and I just finished it and thought it was a terrific framing of the key issues and categories to help one navigate conversations around racial justice and other structural power dynamics involving gender and ethnicity,” said Father DeCola. “Through every chapter, she tells stories about real people she knows who have grown and learned important lessons—and these reveal the wisdom contained within.”

“Birth of ‘The Phoenix’ is about a young man who had a really rough upbringing. After his daughter is killed he becomes a psychopath who believes everyone has done him wrong. Over the course of 20 years he becomes a serial killer seeking revenge. He lives in an impoverished part of London. I feel that basically everyone says that London is so great, but in the book, you see that it’s just like any other city. It has its ups and downs, its impoverished and its rich. I also liked the detective; the chase was thrilling.” 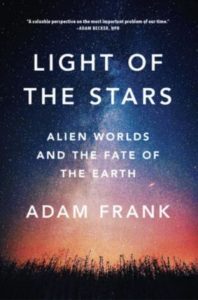 “I make a hobby of reading books on science directed to the public. Science textbooks and journals are so technical, and I am curious how complicated scientific topics are explained to non-scientists. Light of the Stars begins with the premise of finding ‘alien worlds’—places in the universe where intelligent life may reside—but then goes on to speak of what makes Earth so conducive for the flourishing of life. The book steps into areas of climate change and how we humans may destroy this paradise. It’s paradoxical: The planet that allowed us to emerge may be left inhabitable, for humans, by us.” 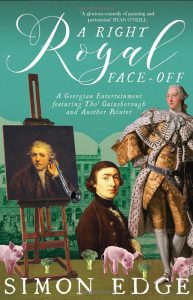 “A Right Royal Face-Off delves into the fierce artistic rivalry between 18th-century portrait painters Thomas Gainsborough and Sir Joshua Reynolds as well as present-day art-world shenanigans centered around a supposedly ‘lost’ portrait. It’s like the most fun art history class ever—I couldn’t put it down.”