“I wanted to bridge the gap between all the urban life and energy outside the doors of the University and have students go out into the world and reflect on where they are in a larger context,” said Mark Street, associate professor of visual arts, who collaborated with Fordham’s Center for Community Engaged Learning for the class. “The idea was to get them going out as observers, as interactors, and as partners to the community.” 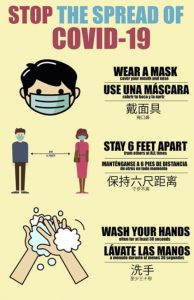 The students’ observations bloomed into works of art—photos, videos, paintings, songs, drawings, and posters—and culminated in an online gallery show.

Students first met neighborhood activists and artists over Zoom, from whom they learned about local challenges facing their community, including homelessness, food insecurity, and gentrification. Those discussions were supplemented by readings, videos, and in-class conversations, including a discussion about how a neighborhood can change without abandoning its less wealthy residents.

Then the students donned masks and explored Hell’s Kitchen with their classmates. Students fanned out across the West Side and recorded city life on their smartphones. In one excursion, they coincidentally met Gwyneth Leech, a local artist who became an impromptu class guest speaker over Zoom. During individual trips, students engaged with community organizations through activities like creating masks for New York City residents, coordinating a sock drive for the homeless, and growing produce for a local food pantry, said Street.

Most of their classes took place virtually, but when they gathered in person, they tried to make them as safe as possible.

“We were recalling the day’s image gathering and shouting six feet apart over the roar of the fountain [at Lincoln Center],” Street said, recalling one of their outdoor classes. “You do the best you can in the pandemic.” 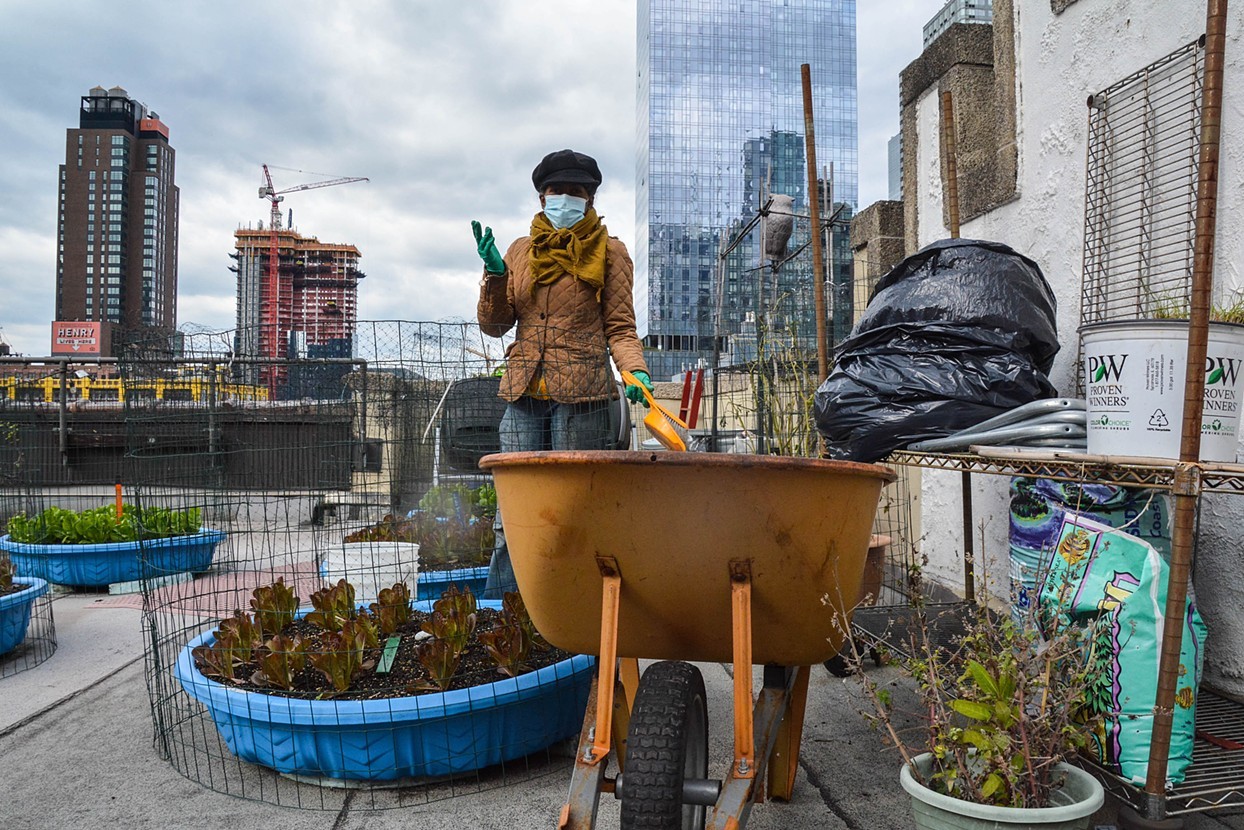 A volunteer farmer at the Hell’s Kitchen Farm Project. Photo by Leeza Richter

Leeza Richter, a communications and visual arts double major, was inspired to photograph a local rooftop farm after a class discussion with guest speaker Tiffany Triplett Henkel, a pastor and community leader who spoke about the Hell’s Kitchen Farm Project. Richter not only documented the rooftop farm through photos and video, but also helped volunteer farmers care for their crops, which are donated to a food pantry.

“I was really interested in this idea of food being grown here for people here and what that means about the community and everyone who’s a part of this rooftop project,” Richter said. “It was really rewarding to step outside of my own familiarity in Hell’s Kitchen and be able to look at this space that I’m sharing with so many people who have been here much longer than I have, and what this physical plot of land means to them and how they’ve expanded it.” 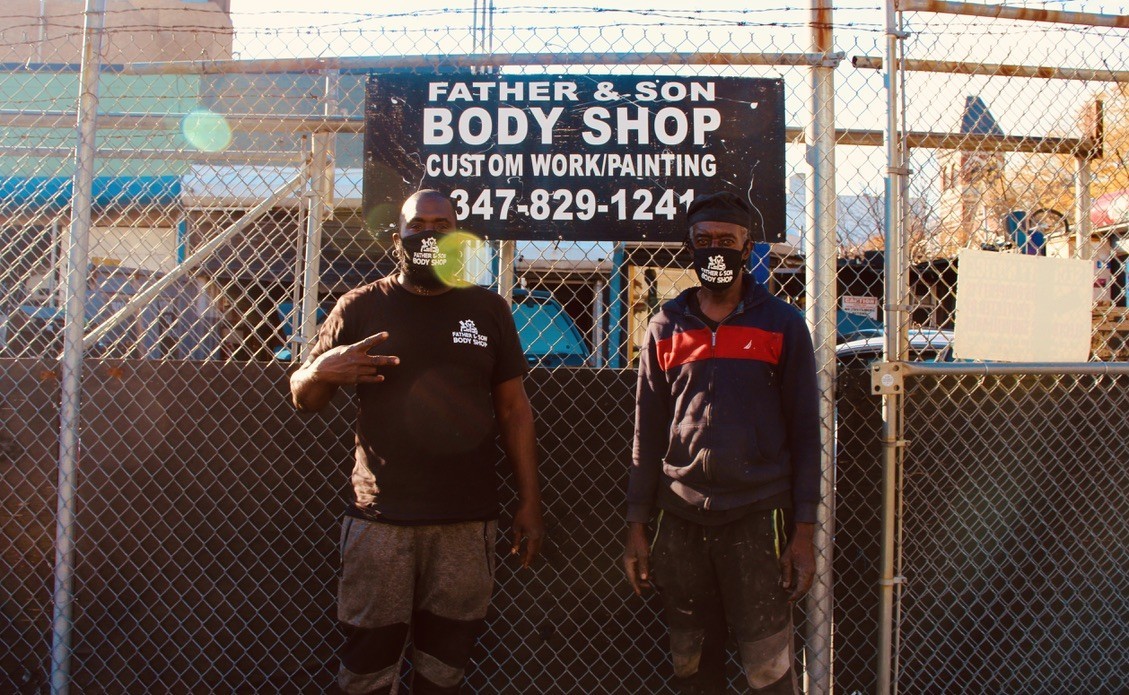 A scene from the Prospect Lefferts Gardens neighborhood, often referred to as Flatbush. Photo by Jazmin Ali

Many students documented life in Hell’s Kitchen, but some dove into their own neighborhoods. Jazmin Ali captured Caribbean culture in her native Prospect Lefferts Gardens neighborhood in Brooklyn, New York, through intimate portraits of her neighbors and their businesses.

Valeria Deminova, a student athlete from Russia, recorded scenes in Hell’s Kitchen on camera and then used acrylic paints to recreate moments that had caught her eye, including a homeless man asking for money in a restaurant and a masked policeman on a horse. In another painting, “Familial Bond,” she captured a father walking with his daughters down a street.

“When I saw this frame in one of my videos, I felt a lot of warmth and could feel the father’s care for his daughters,” Deminova wrote in a photo caption. “He carried one of his daughters on his shoulders and carefully held the other with his hand.” After giving her artwork to local community members, she returned to her native Moscow for winter break, where she plans to create a similar project, said Professor Street.

Evelina Tokareva, a psychology major and visual arts minor who is also originally from Russia, said she has lived on the Upper West Side since age 10. But her class project helped her see Hell’s Kitchen in a new light. After recording several walks through her neighborhood, Tokareva said she became more attuned to things around her, from strangers’ conversations to the ways that local businesses are being affected by gentrification and the pandemic.

“A lot more places are getting shut down, and it just makes me think, what’s to come after?” said Tokareva, who currently volunteers at Goddard Riverside and works with Socks in the City to distribute clothes to the homeless. “I walked out of this class learning and feeling so much more for my neighborhood.”

A crowd celebrating during the 2020 U.S. election night. Photo and painting by Meah Nizan