skip to main content
Return to Fordham University
You are at:Home»Arts and Culture»Scholar to Examine Curse of “The Scottish Play” 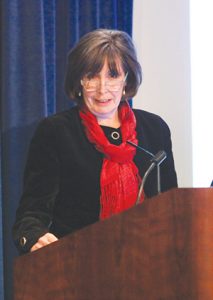 Ask anyone about their work in a forthcoming production of Shakespeare’s Hamlet, and chances are very good that they’ll explain that they’re working on “The Scottish Play” instead.

On Thursday, Nov. 10 at noon, Clare Asquith, the Countess of Oxford and Asquith, will explore the origins of the widely-held superstition that misfortune will befall anyone who speaks the name of the play aloud, at a lecture at the Rose Hill campus.

Asquith, the author of Shadowplay: The Hidden Beliefs and Coded Politics of William Shakespeare (Public Affairs, 2006) and an expert on Catholic elements in Shakespeare’s plays, will discuss the idea that the causes behind the “curse” are rooted in Catholicism, and that the Bard and his compatriots were uneasy about performing the play from the very beginning.

Her appearance, part of the St. Edmund Campion Institute’s Hobart-Ives lecture series, will take place in Walsh Library’s Flom Auditorum, on the Rose Hill campus. Asquith is no stranger to Fordham, having delivered the inaugural Hobart-Ives lecture in 2013.