skip to main content
Return to Fordham University
You are at:Home»Arts and Culture»Scholar Studies Masculinity in Renaissance Portraits 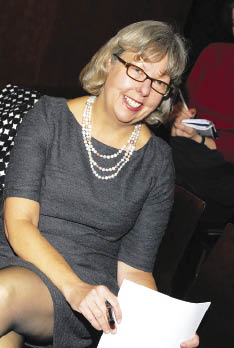 Tatiana C. String, Ph.D., said that Renaissance portraits of men were created to be viewed by other men.
Photo by Ken Levinson

To learn what Renaissance men considered masculine, simply look at their portraits.

That was the message of Tatiana C. String, Ph.D., who delivered this year’s St. Robert Southwell, S.J., Lecture on Oct. 19.

String, an adjunct associate professor of history at the University of North Carolina, said that most Renaissance portraits were commissioned by men to impress other men.

She began by analyzing group portraits, noting that there was an unnatural depiction of men—with the tops of their heads at the same level and their bodies similarly sized.

The artificial similarities were meant to show solidarity among them, she said.

“The tight posturing, uniform dress and general flattening of apparent ages forces the artist to stack the bodies in anti-naturalistic perspective,” String said. “The aim is to create a document about this particular group of men amongst men.”

This approach stemmed from the brotherhoods and all-male civic guard companies that grew popular during the Renaissance.

String also discussed group images in which one man is the focus, such as the Whitehall mural featuring Henry VIII, which was painted by Hans Holbein in 1537.

“Although four figures are represented, the mural is designed to emphasize only Henry VIII,” she said.

Several indicators in the mural are meant to portray Henry VIII as overtly masculine. For example, his legs are in a stride stance, which is symbolic of a war hero. His elbow is pointed and takes up extra space, demonstrating assertive masculinity. Henry’s broad shoulders symbolize great responsibility, and his codpiece demonstrates phallic power. 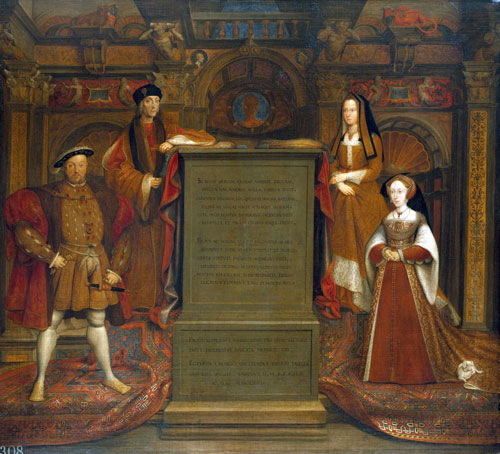 String pointed out that the portrait of Henry VIII was not realistic. Holbein didn’t ask the king to stand for several hours while he painted. Rather, the portrait was constructed for its symbolic meaning.

“Holbein has skillfully crafted this image foregrounding the masculine elements he was certain Henry would appreciate,” she said.

Finally, String discussed individual portraits, many of which were similar to the Whitehall mural. The codpieces again were exaggerated, as they typically were used to signify readiness and virility.

“No one needed a codpiece this large unless he was being depicted brandishing it as a signifier of virility,” she explained. It is important to note, though, that portraits were not meant to be sexual images, as men were the expected audience.

The Renaissance period featured several artists who were unknown to each other and yet painted male portraits using the same masculine signifiers. This suggests that the symbols of masculinity depicted in the portraits were indeed masculine norms and ideals of elite men in the Renaissance, String said.