skip to main content
Return to Fordham University
You are at:Home»Arts and Culture»Revisiting the Relationship of a Lifetime

Angela Alaimo O’Donnell’s most most recent book of poems, Waking My Mother(Word Poetry, 2013) tackles the complexity of the often fraught relationships between mothers and daughters. O’Donnell, the associate director of the Francis and Ann Curran Center for American Catholic Studies, grew up in Northeastern Pennsylvania in a family of working-class Italian-Americans. Her mother, however, would “never submit to the yoke the old Italians typically placed on their women.” 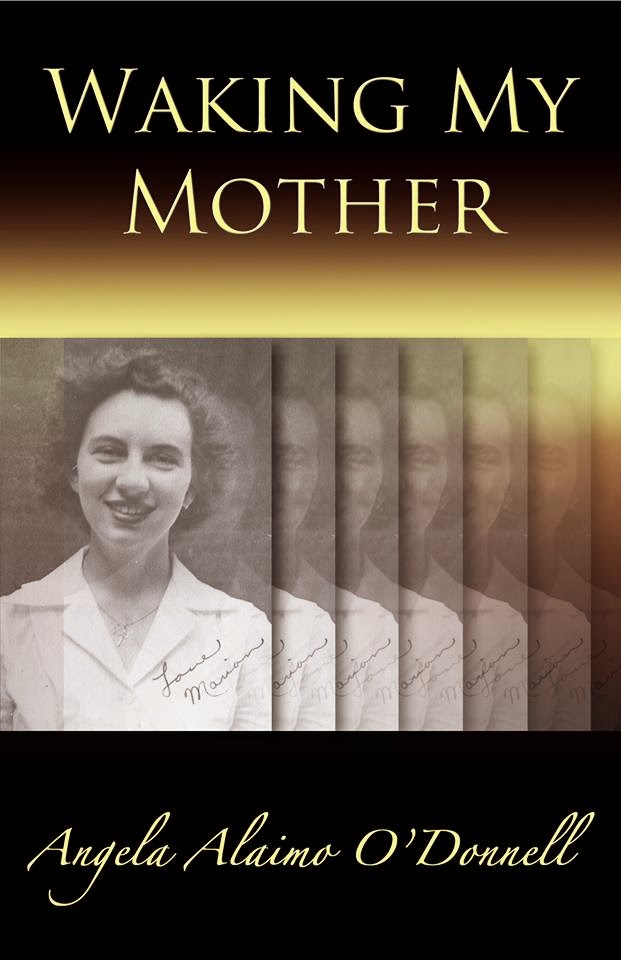 Widowed at a young age with five children, Marion Salvi Alaimo took on some destructive habits, O’Donnell said, that led to emotional and financial hardships. “We essentially grew up in a household in which the parent-child relationship was adversarial and in which the children play the role of adults.”

Many of the poems in O’Donnell’s book reflect those years, in which she and her siblings often clung to each other in absence of any family stability parents are normally tasked with providing.
Alaimo said she wrote most of the poems four years ago when her 82-year-old mother took a turn for the worse after breaking her hip. “For 48 days, she was bed-bound in a Florida hospital, nursing home, and, finally, hospice room,” wrote O’Donnell. “During that time, my sisters and I cared for her. Ours had never been conventional mother-daughter relationships. Our mother had been a difficult person to live with, and we had had more than our share of bitter disagreements over the years.  But these 48 days proved to be a kind of Kairos time for us.  Her suffering broke us all open, enabling us to practice mercy, obtain mutual forgiveness, and experience healing of old wounds.”
She says the poems in Waking My Mother are an attempt to redeem the brokenness that characterized her relationship with her mother, “but consolation comes only through desolation.”
“The book tells our story—but it also tells the story of every family that has endured hardship and division yet still, somehow, has managed to remain whole.”
Poem on Waking (by Angela Alaimo O’Donnell)
Today I woke to talk with my mother.
Her face appeared clean as a dream,
erased of age and any trace of grief,
my mother as I wanted her to be.
She seemed to long to speak to me of love,
and I of mercies I had lately learned.
Her eyes smiled, although her mouth stayed closed,
as if all that need be, might be said through those.
I searched my purse and palmed my silent phone,
touched the icon box marked with her name—
then saw the stranger living in her house
and knew that she was gone, once again.
The voice I’m waiting for, still unheard.
For all my life, not one more word.