skip to main content
Return to Fordham University
You are at:Home»Arts and Culture»Resistance Flows Under Surface of New Theater Season

What happens when a quartet of plays are presented together as one season, but their unifying theme is left unsaid? 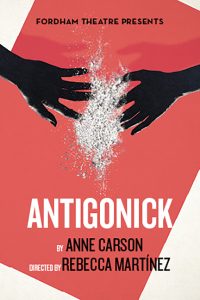 That’s the conundrum of Fordham Theatre’s 2018/2019 mainstage season, which opens on October 4 with a contemporary translation of Sophocles’ Antigone. Director Matthew Maguire said that since American politics and culture is in the same state of chaos as it was last year, this was the right time to ditch formal themes, such as last years’ questions of American identity, and Fordham’s outsider roots the year before.

“I got tired of season titles that felt like rhetoric; I couldn’t think of a better title for this year’s season that was substantially different from last year’s,” he said.

Given all that has happened in the last year, Maguire said he felt it was necessary to be smarter and savvier in how plays were selected. Each one is in some way a resistance to a vision of the United States as a country that is nationalist, xenophobic, and dominated exclusively by heterosexual white Christians, he said. The works do share a common thread though: What happens when radical change disrupts to heretofore stable systems? 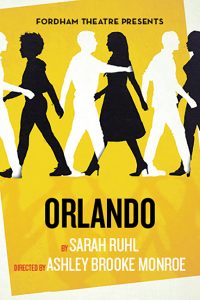 The season ends with Mr. Burns, a musical set in the aftermath of an unspecified apocalyptic event. The survivors bond over a shared love of The Simpsons episode Cape Feare, and eventually build a tradition around staged reenactments of it. It is, Maguire said, an attempt to answer the question, ‘What happens if people have to rebuild their culture through the art they make?’ 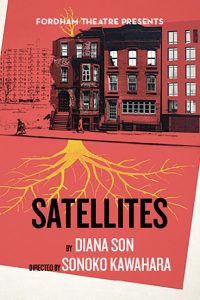 “It’s a wonderfully dual question because it says something to the theater makers about the importance of what that they do, but it also says something to audience about how story telling can bind a culture, and how the stories that are meaningful to them will protect them or divide them,” he said.

As is the Fordham Theatre program’s custom, students played a major role in choosing the plays. William Recce, a senior playwriting major at Fordham College at Lincoln Center, participate in the five forums, and made a strong case for Mr. Burns inclusion. He’d been a fan of it since it debuted in 2012, partly because of its realistic depiction of the power of pop culture. It also resonated on a deeply personal level, he said, because it’s ultimately about collaboration and making art in trying times. 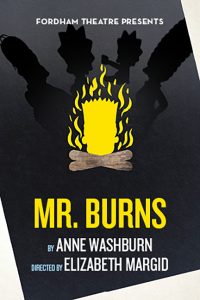 “For a theater program that is all about collaboration and building something from the ground up and sifting through the ashes of our everyday world and trying to find something beautiful, I thought, it’s a perfect piece,” he said.

“Plays should change people’s lives. You should walk out of a theater, and something should make you decide, ‘I think I’m going to do this,’ he said.

“If it doesn’t change your life, we have not done our job.”