skip to main content
Return to Fordham University
You are at:Home»Arts and Culture»Realist Acting and the White Tee 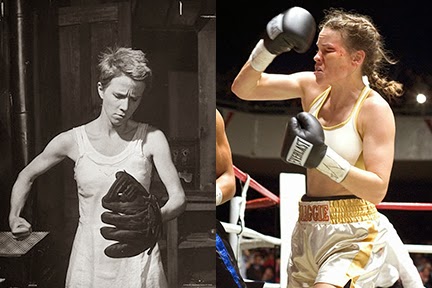 Julie Harris’ and Hilary Swank’s costumes for “The Member of the Wedding” and “Million Dollar Baby.”

One of the lasting iconic images in American cinema is of Marlon Brando in a white undershirt in “A Streetcar Named Desire.” With much of nation’s attention focused on domestic violence, the “wife-beater” is a timely reminder of the violence that inheres in some of our most potent cultural images.

The poster for the Sept. 20 “Rethinking Realist Acting” symposium (which will be held Saturday in the 12th-floor Lounge/Corrigan Center in Lowenstein Hall at the Lincoln Center campus), features an image of a man’s tank top, but without anyone wearing it.

“The white undershirt is the most problematic symbol because it’s associated with domestic violence,” said Keri Walsh, who together with Shonni Enelow and Mary Luckhurst organized the conference.

Walsh and Enelow are both assistant professors within Fordham’s English Department and Luckhurst is the Professor of Artistic Research and Creative Practice at the University of Melbourne in Australia.

The poster’s design invites reflection on the status of the object in popular culture and on what the realist acting tradition contains beyond its inflammatory icons, said Walsh. She said many playwrights and actors in the realist tradition, such as Henrik Ibsen and Lorraine Hansberry, have been feminists seeking to challenge violence against women. 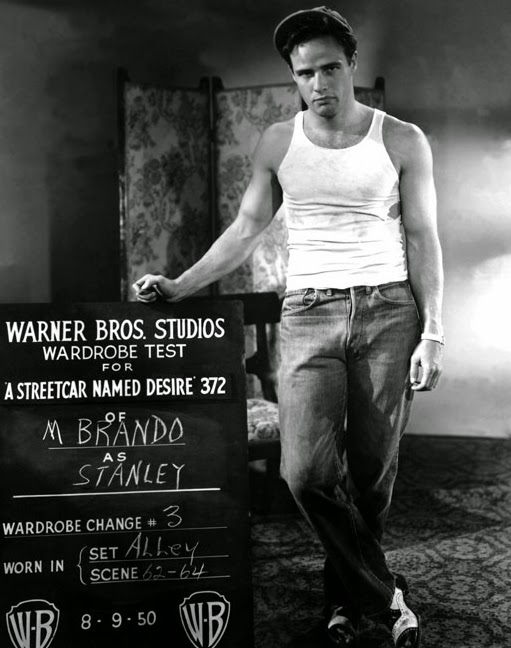 Brando in the famous tee.

“What interested us about this photograph was that no one was wearing the shirt; it didn’t make any assumptions,” she said.

The image also captures the conference’s goal of revising the tradition of ‘the Method’ and other forms of realist acting, and to enlarge a sense of the people who contributed to it beyond the kneejerk stereotype of macho and violent men, said Walsh. The play by Tennessee Williams, and Brando’s realistic performance in it, “eroticized labor and fetishized rough trade.” The naturalism of Brando’s performance catapulted the white undershirt and the white t-shirt into popular consciousness and infused them with new meaning.

While Brando’s image may be the most influential, it does not mark the only appearance of the garment in a realistic performance—this symbolic imagery recurs through James Dean’s crew neck tee in “Rebel Without a Cause,” and in Julie Harris’ and Hilary Swank’s costumes for “The Member of the Wedding” and “Million Dollar Baby.”

How is it that such realistic performances could change the meaning of an everyday garment? Both Dean and Brando studied at the Actors Studio, where director Lee Strasberg taught his own variation of Stanislavsky’s method, which encouraged actors to reduce the seeming distance between art and life. But Walsh said that realistic acting’s roots go far deeper than the 20th century.

“Realism goes back to the 19th century with Ibsen, Chekov, and Zola, and at the conference we’ll try to look even further back than that, to the 18th century,” she said.