skip to main content
Return to Fordham University
You are at:Home»Arts and Culture»A Portrait of Joseph Mitchell, New York Storyteller

On Nov. 9, Fordham will honor Thomas Kunkel’s biography of The New Yorker writer Joseph Mitchell, Man in Profile (Random House 2015) with the 2016 Ann M. Sperber Prize. The  prize, which was established by Liselotte Sperber in honor of her daughter, celebrates biographies of media professionals. The event is open to the public.

What inspired you to write a biography about the New Yorker’s Joseph Mitchell? 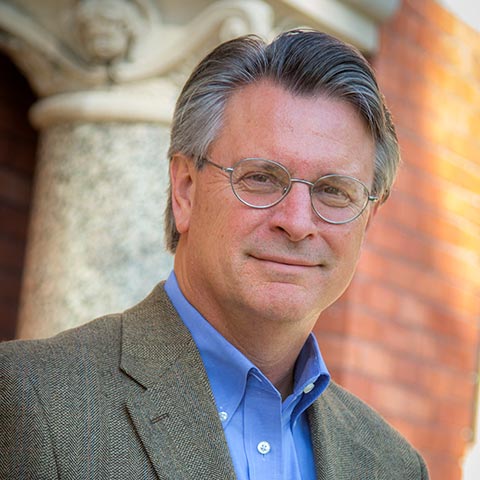 My first book was about the founder of The New Yorker, Harold Ross. And one of the great joys of that project was getting acquainted with Joseph Mitchell, who was in his mid-80s at the time but still coming to the office regularly and who was tremendously enthusiastic about my project. Joe Mitchell was still an inspiration to many journalists and his work was still used in our textbooks, but he had never been the subject of a proper biography. It also bothered me that, as the years went by, Joe was becoming better known for his decades-long writer’s block than for his incredible (and indelible) body of work.

In uncovering his life and injecting yourself into his world, what about the man left the deepest impression on you?

That he is so human—every bit as human and complex and poignant as the characters in his stories. In one sense, there was never a more confident person on earth than Joseph Mitchell. All his life he did what he wanted, confident that he could succeed and would succeed, even when he was just a country kid who up and decided he was going to conquer New York City. On the other hand, there was never a time when Joe wasn’t parrying self-doubt and self-questioning: Did he belong in New York or in North Carolina? Was be being untrue to his roots and his father by leaving the family farm? Should he be writing fiction or nonfiction? And then when he became ensnared in that long, long writer’s block, it was almost heartbreaking. Yet despite all that, in the end his life was a triumph of great talent in the service of others.|

Why do you think Mitchell suffered writer’s block for decades?

There wasn’t one single cause or reason. It was a mystery for which I think my readers wanted a clear, clean solution. But like life itself, it was complicated. I believe it resulted from a combination of factors. Certainly a big one was his chronic depression, which was exacerbated by his growing sense (in the turbulent Sixties and Seventies especially) that he was “a man out of time,” not to mention the sickness and loss of his parents and his great friend and colleague, A.J. Liebling. Mitchell’s wife too would have a lengthy and ultimately fatal illness, and in the meantime he had let himself be diverted by such digressions as his work for New York’s Landmarks Preservation Commission. But I think the biggest culprit was the perfectionism Joe had about his work that grew more acute with time. In the end, trying to measure up to his own expectations essentially paralyzed him.

Today, the world is bigger and communication so instantaneous. Can you imagine Mitchell in multimedia?

I’m afraid I can’t. Joe despised the relentless march of modernity, including technology. In my book Ian Frazier recounts how Joe nearly went berserk when The New Yorker replaced its traditional phones with a modern console system. So I can’t see him blogging, much less tweeting!