skip to main content
Return to Fordham University
You are at:Home»Arts and Culture»Poets Out Loud Award Winners to Give Reading 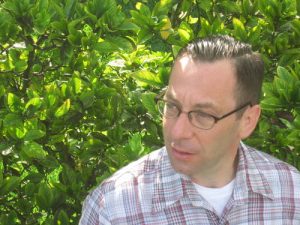 In recognition of the early stages of a poet’s work, each year Fordham’s Poets Out Loud (POL) administers the Poets Out Loud Prizes series, consisting of two books to be published by Fordham University Press. As editor of the series, Frost oversees the awards and organizes the annual reading for the prizewinners.

The winners will give a reading on Mon., March 23 at 7 p.m. in the Corrigan Conference Center. The program will also include poet Charles Bernstein.

“There are more awards for first books than for later volumes in a poet’s career,” said Frost. “That kind of ongoing relationship with an author and their press is dying.”

POL represents the only ongoing poetry series for Fordham University Press, said Frost, although the press does occasionally publish poets individually. For Frost, 2010 marked the most exciting moment in the series when another book prize was added to the annual awards—the Editor’s prize.

“By giving these awards, each year we add to a diverse community of poets that have a history with Fordham,” said Frost.

Frost said that both Wardrop and Chiusano are formalists in style, though not in the traditional sense.

“They’re not [writing]sonnets or villanelles, but their work is very formally structured in other respects,” said Frost.

Chiusano’s book operates in multiples of three, both in sections and in the metrical design of the poems, Frost said, while Wardrop’s work falls more into the dramatic monologue genre.

Wardrop’s book reflects her current research interests—Civil War nurse narratives, slave narratives, material culture, and labor. Her poems explore the inner lives of those forgotten in that war: the nurse, the woman soldier, the child, the draftee, the prostitute, the black slave, and the Native-American soldier.

Chiusano’s On Generation & Corruption plays on the words in its title, which is taken from printer’s lingo to indicate the distance between an original and its reproduction. Given that each generation is more corrupt than the last, Chiusano alludes to the fact that the book embodies some distance from confessional speech.