skip to main content
Return to Fordham University
You are at:Home»Arts and Culture»Photo Exhibit Tells Story of Revival
Shabbat service in Warsaw Beit Midrash on Shavuoth.  Moshe Shapiro, front, and Natan Cywiak with Torahs.  May 21, 1980.
From 1975 to 1983, photographer Chuck Fishman traveled to Poland to document the dwindling remains of a once vibrant, thousand-year-old Jewish community that was on the brink of collapse.

After a 30-year hiatus, he returned to document a stunning reversal of history—a Jewish cultural renaissance emerging and expanding into the mainstream of 21st-century society. He will document this revival in a photographic exhibit, Roots, Resilience, Renewal.

The show draws upon Fishman’s first monograph, Polish Jews: The Final Chapter, (McGraw-Hill, 1977), and represents a project spanning 40 years—from the near-demise to the transformative rebirth of Polish Jewry. 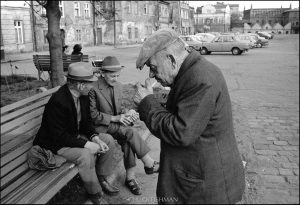 Waiting for sunset and a minyan, if possible, on Szeroka street in front of the Remu Synagogue. Krakow, Poland. May 1979

Magda Teter, Ph.D., Shvidler Chair in Judaic Studies at Fordham, said Fishman’s early images, which are considered rare and historically unique, chronicle an era long left to memory, and serve as notable counterpoints to his latest work, which illuminates and defines the myriad faces and facets of a Jewish ‘return’ to identity today.

“This is a story that offers us a rare perspective into an exceptional moment in time, one that the passing of four decades has radically changed,” she said.

A four-time winner of the World Press Photo Foundation Medal, Fishman has published photographs on the covers of Time, Life, Fortune, Newsweek, The London Sunday Times, and The Economist. His photos are represented in the collections of the Smithsonian National Portrait Gallery, Center for Creative Photography, Hogan Jazz Archive, Studio Museum in Harlem, POLIN: The Museum of the History of Polish Jews, and the United Nations.

The event is jointly sponsored by Fordham’s Jewish Studies program; the Derfner Judaica Museum, and the YIVO Institute for Jewish Research. 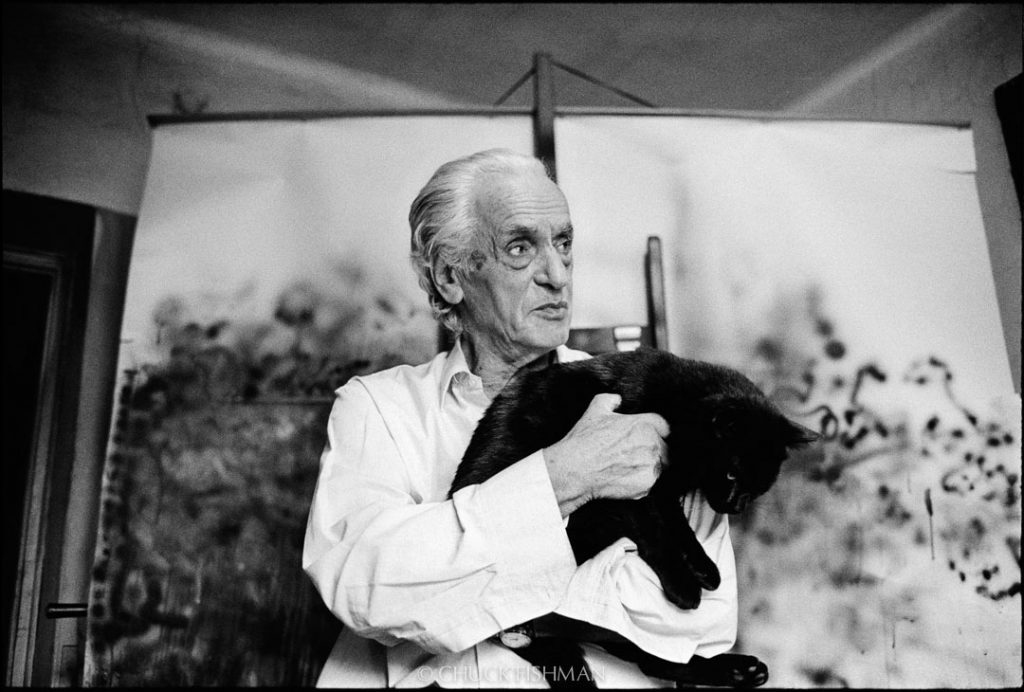 Artist Jonasz Stern (1904-1988) in his Krakow studio and flat. Surviving near death experiences during the Holocaust, he claimed that fate granted him a second life which he then committed to artistic issues including teaching and supporting artistic groups. Krakow, Poland. June 1983