The humble gas station gets a star turn at the Lincoln Center campus this month.

David Freund: Gas Stop, a sampling of 27 black and white photographs pulled from a much larger investigation that Freund conducted from 1978 to 1981, are on display in the Lowenstein Center’s Lipani Gallery now through March 30.

The photos are a time capsule of sorts, from an era when some 200,000 independent full-service gas stations dotted the American landscape. Only half still exist today, replaced by larger, more uniform chain stations operated by corporations.

Stephan Apicella-Hitchcock, artist in residence at Fordham and curator of the Lipani and Ildiko Butler galleries said Freund’s work, which will be published in a forthcoming set of books by Steidl Publishing is appealing on multiple levels. Car enthusiasts can catch glimpses of classic models, architecture buffs can take in a variety of designs of the buildings themselves, and graphic designers can observe hand-made signs that reflect regional differences in 40 states. 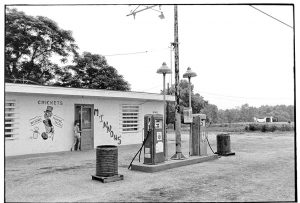 “It’s a lovely testament to something that’s really vanished. The idea of the mom-and-pop, local gas station has been replaced by the megastructure with 19 different filling bays,” he said.

“When you look at these photographs, you realize there was an incredible variety prior to the rise of the Texaco stations.”

Apicella-Hitchcock said that Freund, a professor emeritus of photography at Ramapo College of New Jersey, came to his attention in in 2014, when Freund attended the Fordham show Gary Metz: Quaking Aspen: A Lyric Complaint at the Ildiko Butler Gallery.

He said although Freund’s photos are ostensibly about one thing—gas stations—they’re composed in a way that draws the viewer’s gaze to details on the periphery. One photo may feature a two-story house with a tire swing in the background; another might look like a barren and lonely scene out of The Grapes of Wrath.

The Lipani Gallery, which is located in the visual arts complex, is the ideal place for the photos’ display, said Apicella-Hitchcock, as they exemplify the kind of original research students are tasked with creating.

“I like this exhibition because of its classic, sober demeanor,” said Apicella-Hitchcock.

“It’s someone going out into the field, methodically researching his subject, finding the results, exploring tangents, finding the lay of the land, and then presenting the information in a large, multi-volume set.”

David Freund: Gas Stop is on display at the Lipani Gallery daily from 9 a.m. to 9 p.m. A reception and artist talk will take place Wednesday, March 22 from 6 to 8 p.m. 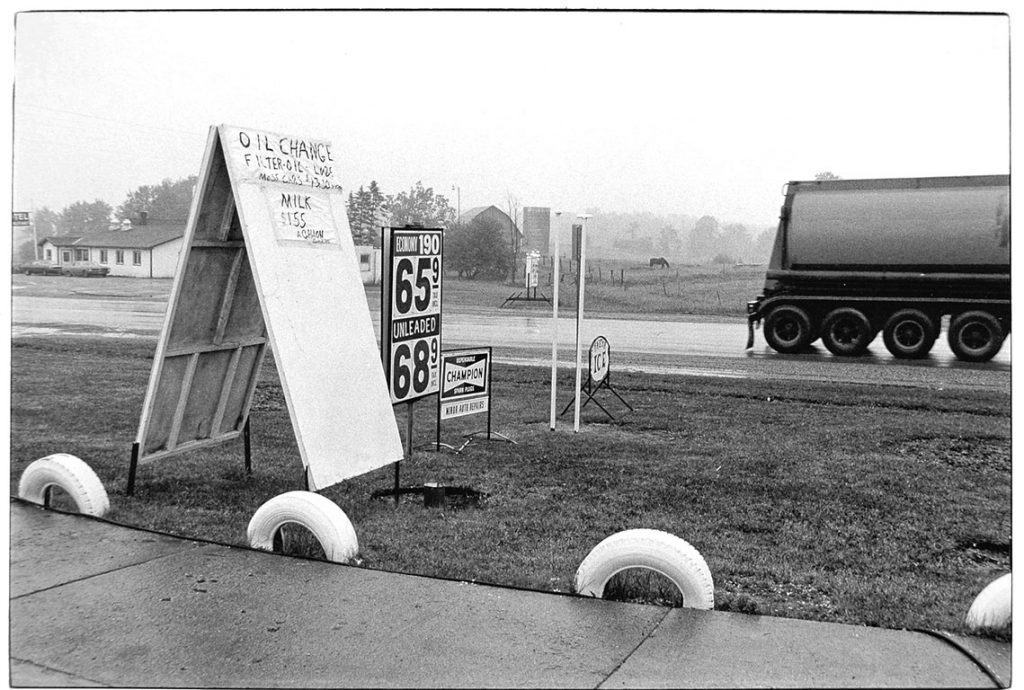