skip to main content
Return to Fordham University
You are at:Home»Arts and Culture»Philosophy Course Challenges Students to Embody an Ancient Way of Life
ABOVE: Watch a video about the class and see clips from student films documenting their experiences with the Three-Day Experiment.
The challenge was twofold for students in Stephen Grimm’s Philosophy as a Way of Life class.

First, learn a philosophy; then, become it.

“The course gets back to the ancient idea of philosophy as a way to live well,” said Grimm, PhD, an associate professor of philosophy. “To learn these ideas properly, you can’t just sit in a classroom and talk about it for 50 minutes to an hour and think it will set it. Philosophy is a practice that you incorporate into your life.”

The “practice” Grimm had in mind was a three-day experiment in which students adopted one of five philosophies they learned in class: Stoicism, Buddhism, Confucianism, Daoism, or Ignatian spirituality. The students were then tasked with living according to the principles of their chosen philosophy, engaging in everything from meditation to veganism to total emotional detachment (depending on the philosophy).

At the end of the three days, students reflected on the extent to which the philosophies were compatible—or not—with their lifestyles as college students. 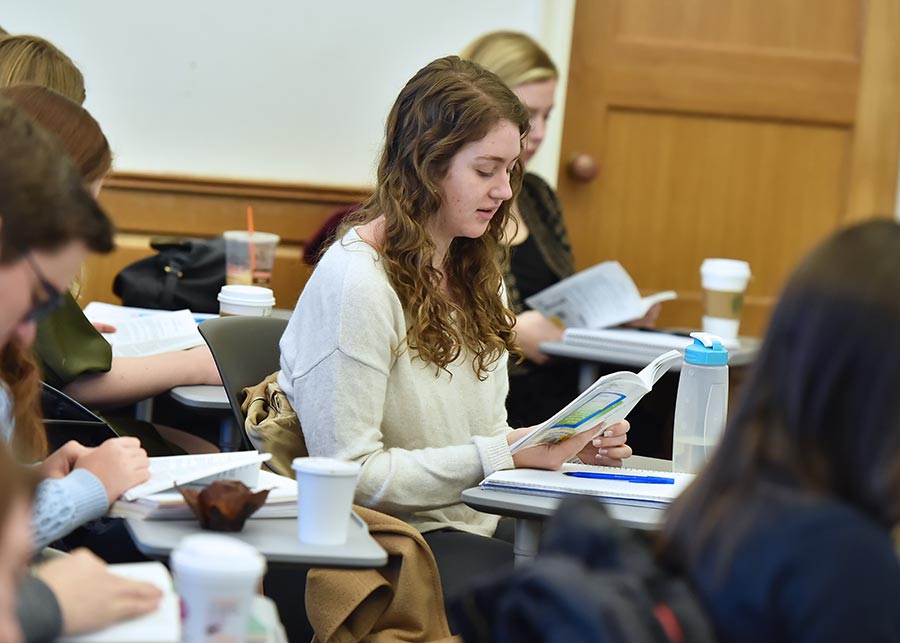 Students in Stephen Grimm’s “Philosophy as a Way of Life” class.
Photo by Dana Maxson

“I also asked the students what they might take with them from this assignment to draw on 30 years from now,” Grimm said. “All of them were able to find something…that had been absent from their lives or had gone missing. They said the assignment helped to bring them back to things they cared about.”

The assignment also elicited a creative side that hadn’t surfaced inside the lecture hall: Two-thirds of the class produced short videos.

“[They] were just brilliant… I couldn’t be more impressed with them as students and with how seriously they engaged in the course,” Grimm said.

Student Robert Denault, who spent three days as a Buddhist, said practicing his chosen philosophy had immediate, positive effects on his life.

“The one thing I wanted out of this was a new way to calm myself down in moments of stress,” said Denault, who graduated last week from Fordham College at Rose Hill. “I’m so grateful I found one. I slept better, I woke up less stress, and I had better dreams during this entire project.”

Others said they became conscious of what in their lives needed improvement.

“I need to be more mindful of my yin and my yang—that balance I need to strike in my life,” said FCRH rising junior Keighly Baron, who practiced Daoism, an Eastern philosophy that emphasizes living in harmony with the Dao, or “the way.”

“I am so much more active than I am passive. I almost never say no to anything. I take on way more than I should. And I feel it.” 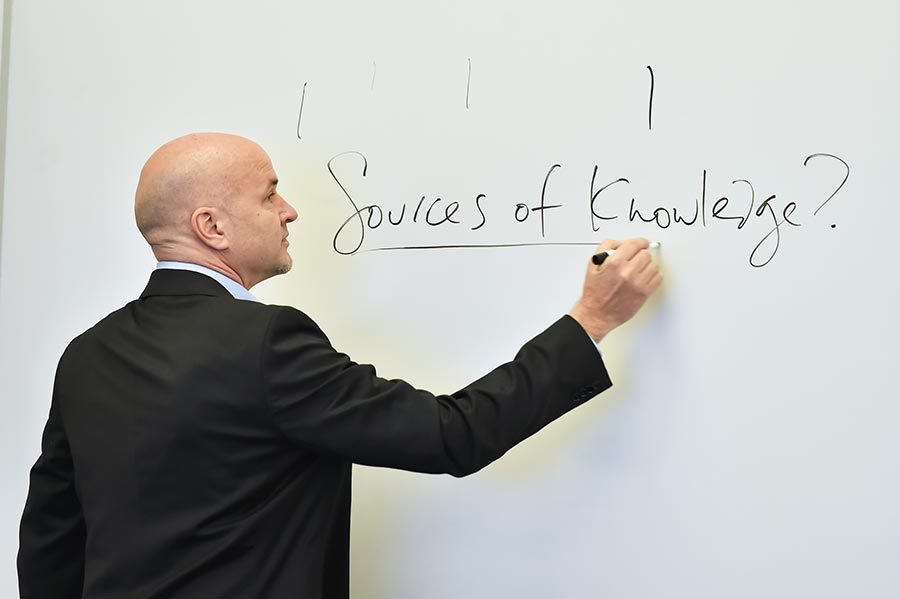 Students said that even those ideas they struggled with proved enlightening.

“One routine that was unusual for me was the attempt to rid myself of emotion altogether,” said Abigail David, who graduated last week from the Gabelli School of Business. David adopted Stoicism, an ancient Greek philosophy that counsels self-control and equanimity as protection against turbulent emotions.

“To combat emotion, I tried to keep levelheaded in dealing with regular occurrences between roommates or friends, but I often felt in doing so that I was coming off as standoffish or disinterested… After three days of practice I determined my life is substantially impacted if I fail to embrace natural emotions.”

Grimm said the students found that embodying different philosophies helped them to attend better to their present situations, rather than to their anxiety about past or future.

“I hope what they gain from this is an appreciation of what’s truly important in life and of the skills they have within themselves to cope with adversity and achieve more happiness, wellbeing, and tranquility,” Grimm said.