skip to main content
Return to Fordham University
You are at:Home»Arts and Culture»Easter-Passover Exhibit Examines Jewish-Christian Relations
(Above) An Easter hymn written and illuminated, circa 1300, by the Cistercian nun Gisela von Kerssenbrock for her convent in Germany.
A new exhibit at Fordham Libraries takes an unvarnished look at Easter and Passover through manuscripts, books, and ephemera, with a particular emphasis on the biblical texts related to the holidays and several Haggadot, the sacred text read during the Passover Seder.

Magda Teter, PhD, the Shvidler Chair in Judaic Studies, mounted the exhibition, her second this year, with Fordham Libraries in the O’Hare Special Collections Library at the Rose Hill campus. 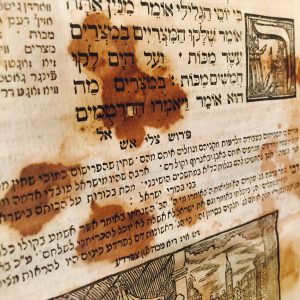 Seder Haggadah in Yiddish and Hebrew from 1765, stained with wine from the ritual.

In the exhibition, however, she said the sacred is counterbalanced by the profane, as it captures both the meaning the holidays have had for Jews and Christians, and displays their painful convergence through several items that depict nearly 600 years’ worth of anti-Jewish imagery.

Teter said that she didn’t want to gloss over the reality of the violence and hatred that Christians subjected Jews to during Easter and Passover festivals. Some of the materials in the show served as propaganda to stoke hatred of the Jews.

Some of the images are disturbing.

There are several depictions of a child being bled by Jews. A frequent anti-Semitic accusation against Jews was that they murdered Christians for their blood and used it in Passover rituals, an accusation known as the blood libel. Some of the images were inspired by the cult of Simon of Trent, a boy whose disappearance around Easter in 1475 was blamed on the Jews of this northern Italian town. Many Catholics venerated Simon, until in the aftermath of the Church’s Vatican II the cult of the boy was abolished.

Among the items on display are:

Teter noted that Fordham is an appropriate setting for the exhibition, as the Jesuits are not known for shying away from difficult issues. 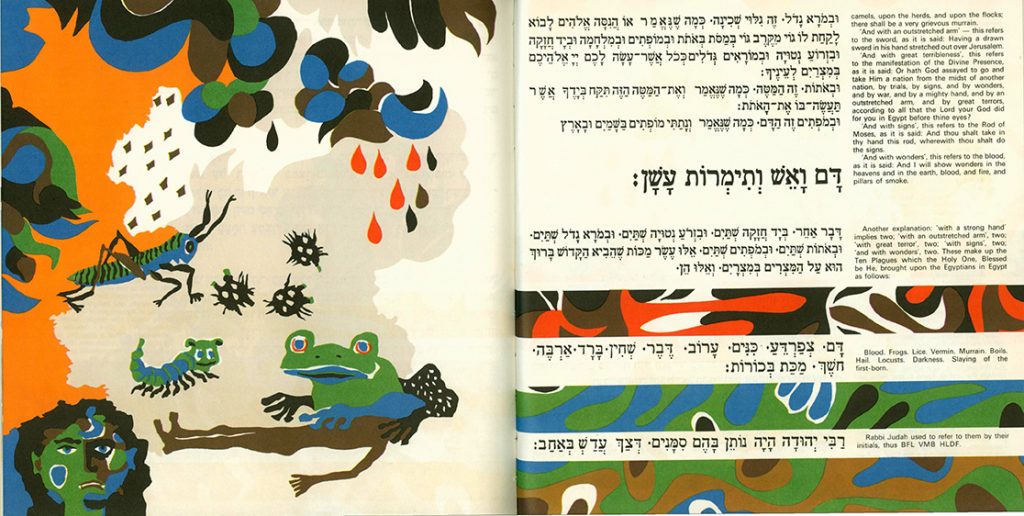 A 1969 Haggadah printed for the airline El Al.

What is disturbing is balanced by beauty, however, as precious facsimiles of the famous 14th-century Barcelona Haggadah, the Gradual of Gisela, and the magnificent 13th-century Biblia de San Luis are also on display. All are gifts of longtime library patron James Leach, MD. The books use contemporary color printing methods to achieve exacting color replications. The gold leaf, however, is applied by hand and can be found throughout both texts.

Although not an alumnus, Dr. Leach has developed a relationship with Fordham based on his love for the Church and for lifelong knowledge, he said. He remembers the first time he heard Mass in Latin at Holy Trinity Church in Passaic, New Jersey. From there his interest in medieval texts and manuscripts grew, he said. 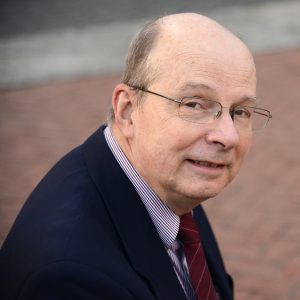 “I think people say you see God in church architecture, and in the stained glass, but God is also in the illuminations alongside the printed word,” he said.

The aesthetic and intellectual intensity of the exhibit’s three main showcases are complemented with a display of ephemera as well. Some ephemera alongside the back wall of the special collections gallery includes Haggadot in many languages, including in Arabic and Amharic. There are also a few printed as commercial promotions for Streit’s Matzos and Maxwell House Coffee—which are ubiquitous to American Jewish households, said Teter, and which often became household keepsakes.