These Catholic historians, theologians, poets, and activists fought against issues in the early to mid-1900s that still exist today, said Moore, including European xenophobia and racism in the United States. Among them are Harlem Renaissance poet Claude McKay and Gabriela Mistral, the first Nobel prize laureate from Latin America. Their friendships with like-minded colleagues took place not only in person, but also in other forms of consciousness, like memory, imagination, and prayer. In a Q&A with Fordham News, Moore describes how these spiritual friendships fueled their activism and how today’s activists can learn from their predecessors who lived more than a century ago.

How is your book relevant to today’s world?

The people in my book took stands on many issues that are still with us today. For example, poet Claude McKay was a Black Catholic who wrote prolifically about police brutality and white “friends” who are sympathetic with their Black friends, yet do nothing to help. He wrote about this more than 80 years ago in ways that are remarkably descriptive of our own time. Another example is in chapter three, where I write about a group of activists who countered anti-Islamic sentiment among Catholics and tried to come up with a more humane and sophisticated way of understanding Islam. Many of these issues continue to assail us today, but they were engaged very creatively by this early generation of activists and thinkers. As we work today to create a more inclusive world, we don’t have to start from scratch. We should look at some of the experiments that took place in the earlier part of the last century and learn from their mistakes and successes.

What can they teach us about navigating today’s politics?

It’s really tough to engage in today’s politics. But the Catholic activists were very clear and convinced that to do the difficult work of political solidarity and making a change in the world, you have to be energized and animated by feelings of love, support, joy, pleasure, and interpersonal connection. They were very explicit that friendship was the fuel for their work. Their political organizations included the word amitié, which means friendship in French. Their political work, art and writing, and even their religious lives were sustained by what they called “spiritual friendship.” There was no way to do their work without that.

Do they have any advice about negotiating one’s faith?

There are those of us—myself included—who have a complicated relationship with Roman Catholicism. We are members of the Catholic church, yet we are disappointed by the church hierarchy and clerical culture, especially in the wake of the sexual abuse crisis. But these Catholic artists and activists also felt, at times, incredible disappointment and frustration with their church leadership. They often spoke out against racism, European colonialism, and anti-Semitism, in contrast to a church leadership that too often stayed silent, advocated obedience, or upheld violent societal structures. They reclaimed our Catholic heritage and made it more multicultural and just, and they point a way forward for people who might feel similarly today.

Spiritual friendship was an important part of the activists’ lives. How did they maintain those relationships? And how did they enhance their work?

I discovered this world of friendship while reviewing some historical archives. I found some of the activists’ files, and I could see and touch all the letters that they wrote to their friends. But they weren’t simply letters. Many had sacred objects tucked inside: holy medallions, little crosses made of twigs, pictures that they painted or drew. There was a sacred materiality to both the letters and objects. Letters to friends weren’t just a casual thing—this was how holiness was communicated to one another, in these things that were touched, felt, and mailed back and forth, sometimes across the Atlantic. 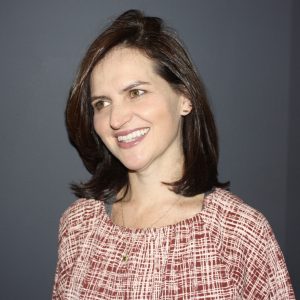 One friendship I might highlight is the friendship between Gabriela Mistral, a poet who became the first Latin American to win the Nobel Prize in Literature, and Jacques Maritain, a Catholic philosopher. They first met in Paris, where people gathered from all over the world. Gabriela was a writer who was seeking intellectual collaboration in the interwar period. She became friends with Jacques, who shared similar values, including rejecting typical heterosexual matrimony and having children. Jacques was married to a woman, but they shared a vow of celibacy and never had children. Gabriela was a gay woman who never married and raised the son of a family member who had died. They both lived their lives in disjunction from the mainstream family norms at the time.

Gabriela was very involved in bringing Jacques’ ideas about democracy and antifascism for Catholics into Latin America. She ensured that his publications were translated into Spanish and disseminated in Chilean universities, seminaries, and bookstores and helped to develop a more liberal Catholicism during this period. Her name is hidden in the history of Catholic thought, whereas Jacques is very famous. But it is through their friendship, especially their long distance correspondence, that his ideas became internationalized.

How does your book connect to Fordham and its Jesuit mission?

I believe the women and men in my book model the kind of Catholicism that Fordham would be proud of. They shared a passion for connecting with the long roots of the Catholic heritage, but in a way that cultivated openness to difference and courage to disrupt the status quo. These men and women took personal risks to live lives of solidarity with those who were vulnerable in the 20th century. This is the kind of faith we talk about a lot at Fordham.

You’ve said that these friendships were sustained over long distances and long periods of time. Did that remind you of our attempts to stay connected during the pandemic?

Many of my characters had close friendships, but they spent years apart. Some were sent into exile in Brazil; others returned to Harlem during World War II. Yet they sustained friendships over long periods of time through the realm of memory, imagination, and correspondence. It was possible for them to sustain friendships that weren’t face to face, the way many of us did during the pandemic, and that was comforting to me.

What is a key takeaway from your book, especially for a non-religious audience?

The people in this past world, although chronologically distant from us, address many issues that face us today. They were often critical of the church, state, and racist institutions, but they experimented with other modes of belonging, connection, and solidarity.

Some of their utopian experiments failed, and they didn’t always live up to the ideals they had for themselves. One example is Maison Simone Weil, founded in 1962 by Nazi resistor Marie-Magdeleine Davy. It was a utopian international dormitory and summer community where students from all over the world would gather in rural France to discuss many of the pressing ideas of the 1960s: peace, war, global spirituality, existentialism. The goal was to forge relationships among international students and contribute to peacemaking. It was a successful project while it lasted, but shuttered its doors after only a few years.

Yet the activists in my book constantly experimented with alternative modes of living, in connection to one another and to God. These are people who attempted to change the world because they were dissatisfied with the status quo—the way many of us still are today.

This interview has been edited and condensed for clarity.