skip to main content
Return to Fordham University
You are at:Home»Arts and Culture»New Book Explains How Politics Is (Or Ought to Be) Like a Garden

For most, studying a philosophical opus that spans hundreds of pages and addresses everything from linguistics to geology would pose a bitter challenge. For Nicholas Tampio, PhD, it makes for an intellectual coup. 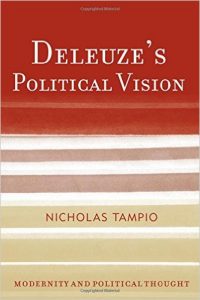 In 1980, Deleuze and French psychiatrist Félix Guattari published their masterpiece, A Thousand Plateaus, which is at the center of Tampio’s study. The 645-page tome covers numerous topics, including ontology, linguistics, biology, literature, music, religion, ethics, and politics, and continues to reverberate throughout postmodern philosophy.

“It took me over seven years to take notes on the entire book,” said Tampio, who specializes in the Enlightenment’s impact on contemporary politics and philosophy.

“The book is challenging on many levels… [It] seems chaotic and hermetic, but it is an intricately designed system.”

Tampio’s book is one of the first to attempt a comprehensive interpretation of A Thousand Plateaus. In it, Tampio examines definitions and concepts that Deleuze and Guattari invent and pieces together a complete political picture. For example, he explains how the phrase “concrete assemblages” in Deleuze’s chapter on geology lays the foundation for his thinking on the stratified nature of political parties.

The book’s linguistic mining, together with a comparison of Deleuze and Guattari to other prominent political theorists, refutes the popular notion among philosophers that Deleuze tried to revive Marxism, Tampio says. In fact, Deleuze identified with a liberal democratic tradition that “protects idiosyncratic ways of life.” 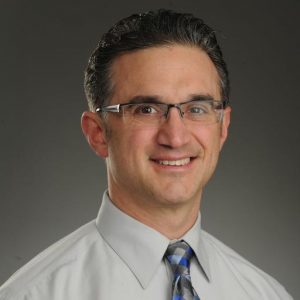 What Deleuze ultimately encourages, Tampio argues, is to re-envision politics as a sort of “garden” of ideas.

“Many philosophers think of politics as a tree, where people disagree on details, the level of the branches, but agree on fundamentals—the trunk,” Tampio said. “A Thousand Plateaus invites us to view politics as a garden without any one person, group, country, or ideology serving as the authoritative center.

“[Through this concept], we can consider how Deleuzian tulips may reach out to Muslim lotuses to address common concerns in the global garden.”