skip to main content
Return to Fordham University
You are at:Home»Arts and Culture»NEH Grant Awarded to Modern Languages Professor to Study “Child-Gifting”

A member of Fordham’s Department of Modern Languages and Literature has won a grant from the National Endowment for the Humanities (NEH) for her leading-edge research on the practice of “child-gifting” in 18th- and 19th-century France. 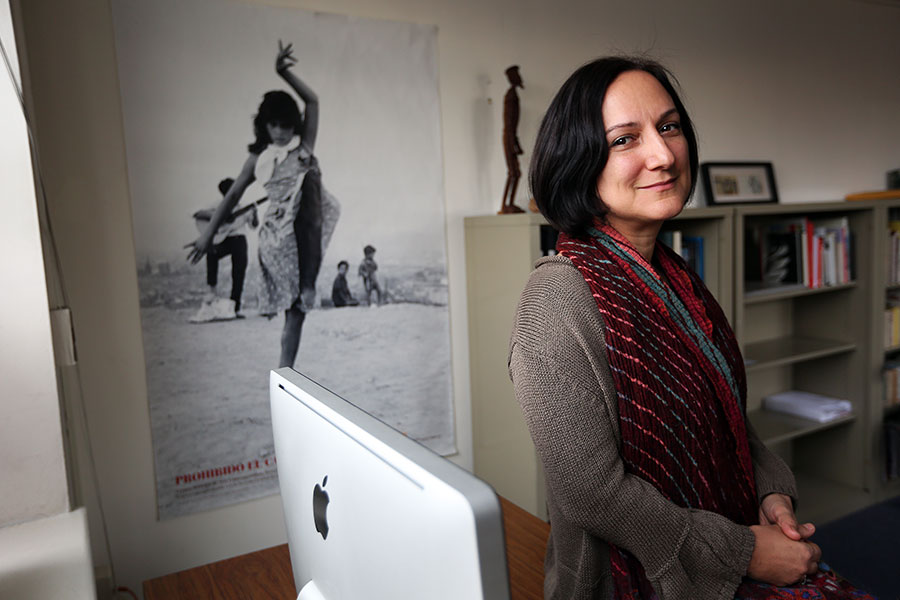 The grant will allow Lise Schreier, PhD, an associate professor of French, to devote the 2016-17 academic year to completing research on her forthcoming book, The Playthings of Empire: Child-Gifting and the Politics of French Femininity.

“A grant such as this is significant for the Department of Modern Languages and Literature because it makes us visible as strong researchers,” said Schreier, whose specializations include 19th-century French literature, French colonialism, and race and racism.

“We are a research-oriented department with a variety of courses. Teaching language is a pathway to understanding various cultures.”

Schreier, a native of Saint-Étienne, France, is studying the 18th-century phenomenon of child-gifting, the practice of purchasing or kidnapping dark-skinned children in Senegal, Algeria, India, and the Ottoman Empire as travel souvenirs and fashion accessories for upper-class French women.

Archival material about child-gifting is scant, and few scholars have undertaken research on the practice. Schreier’s own investigation has required some creative thinking as she shifted from letters to literature to artwork searching for clues of these children’s existence.

Some evidence came from mentions of the children in letters between wealthy French women. “Other information comes up in places like letters to tailors, which shows how these children were dressed, where they lived in the castles, how much money was spent on them,” she said. 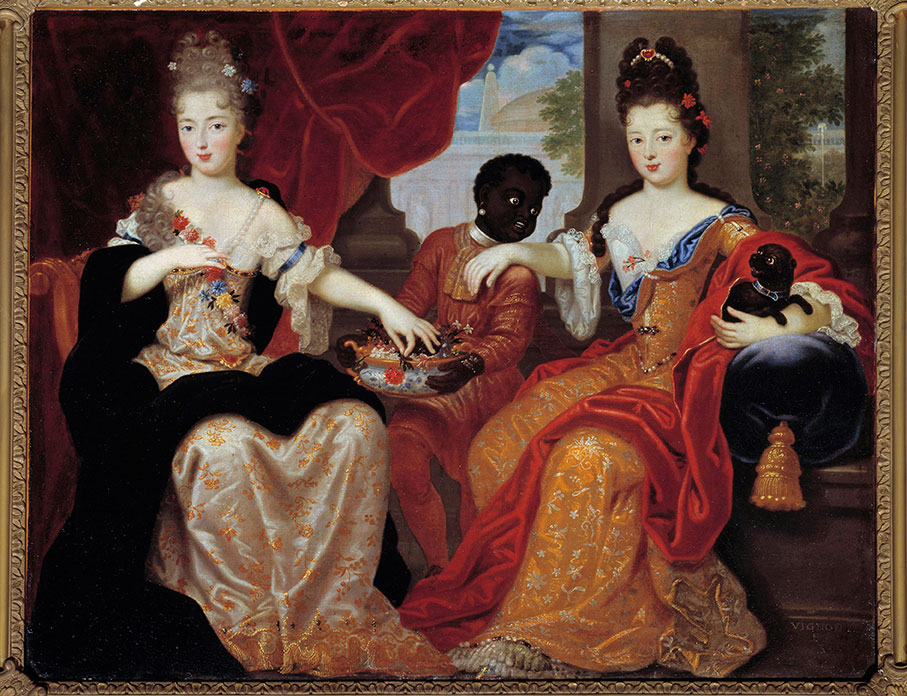 Schreier is also interested in later references to child-gifting that appear in books assigned to French schoolchildren, which often involved a young character who was given a dark-skinned child as a gift. She argues that even after the abolition of slavery in France, when the actual practice of child-gifting ended, these stories served to inculcate colonial ideals in young French citizens.

The message of the books, Schreier said, was that “the French had to raise their children in such a way as to make them good, strong colonial citizens. This started in schools—particularly with girls, who were used to reading books about dolls, reading how to interact with a doll, raise a doll, educate a doll.

“These young readers, already used to being responsible for a doll, would be given a book in which an African boy was gifted to a French child in place of a doll. The inference they were expected to make was that it was normal to take care of a black child, just like a doll. When they’re older, it was hoped, they’d already be used to thinking of colonial subjects as their responsibility.”

This also points to the significant role that women played in advancing French colonialism, Schreier contends.

“From paintings of Old Regime noblewomen adorned with flattering attestations to their wealth, to 1870s moralistic novels featuring women advancing the Third Republic’s ‘civilizing mission’ with the loyal help of their dark-skinned charges, the child-gift motif articulated evolving models of femininity in a trans-national France,” she wrote in the grant narrative.

The NEH is an independent federal agency created as a result of the National Foundation on the Arts and the Humanities Act of 1965. Of the more than 1,200 applications each year, less than 7 percent of applicants receive one of the coveted grants.