skip to main content
Return to Fordham University
You are at:Home»Arts and Culture»Making It Here
Photo by Tom Stoelker
Acting is tough. New York is tougher. Master the two and what do you get? Broadway.

Two sophomores in Fordham’s theatre program cast a satiric eye at the business of acting in the city in a new musical web series titled Rachel Unraveled. The series will have its premiere at Allouche Gallery in the city’s Meatpacking District on Jan. 27.

“We got tired of the plotline of the young actress who gets off the Greyhound bus and then she’s winning a Tony later that evening,” said Rachel Ravel, who created the series about a Broadway-bound teen with classmate Austin Spero.

“The character has all of the diva qualities of Glee’s Rachel Berry, but none of the talent,” Spero said, comparing the unraveled Rachel to the highly polished lead in the hit television series. Spero plays Rachel’s 15-year-old nemesis, as the two compete for their big break starring in an anti-bullying public service announcement. 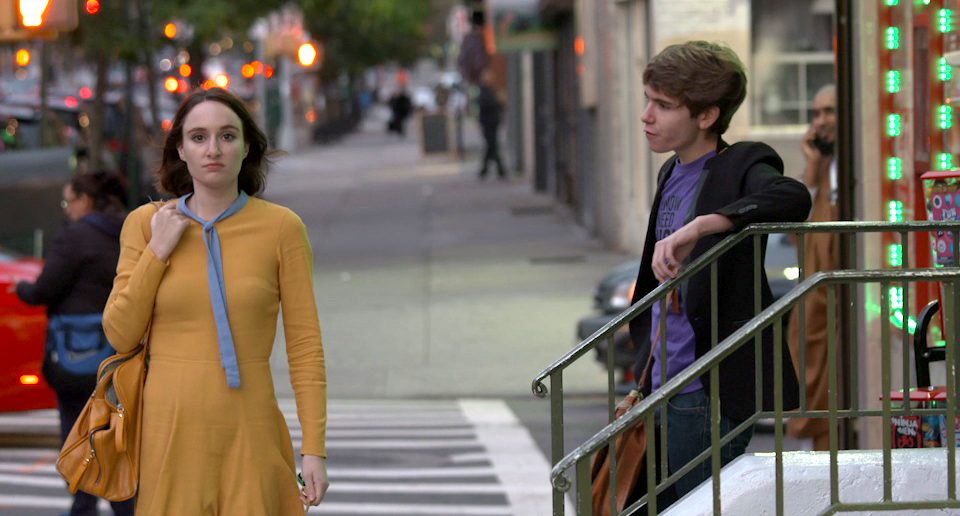 Rachel Ravel and Austin Spero in a still from the series.

Ravel and Spero developed the idea one afternoon making a satirical video that riffed on Marlo Thomas’s campy role in the 1960s TV series That Girl.

But Rachel Unraveled also has serious roots in the craft, said the actors. It developed from their freshman-year theater collaboration class, where, regardless of one’s preferred  concentration, students must be schooled in four tracks: playwriting, design and production, performance, and directing.

Now, just one year and a successful Kickstarter campaign later, the two students are working alongside several Broadway veterans, including instructor Mari-Christina Oliveras, of Bloody Bloody Andrew Jackson, to share the good, the bad, and the funny about acting in New York City.