skip to main content
Return to Fordham University
You are at:Home»Arts and Culture»Lombardi Set to Open on Broadway

This fall Lombardi, a new play by Academy Award-winning playwright Eric Simonson, debuts on Broadway. The play, directed by Tony nominee Thomas Kail, is based on When Pride Still Mattered: A Life of Vince Lombardi, David Maraniss’ book about the legendary coach and Fordham College graduate of 1937.

Lombardi opens on Thursday, October 21, 2010, at the Circle in the Square Theatre On Broadway. Dan Lauria (The Wonder Years) plays the title role. 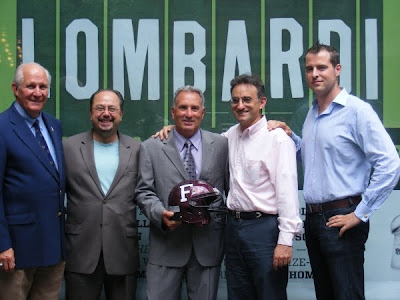