skip to main content
Return to Fordham University
You are at:Home»Arts and Culture»Lit Writing. Just Do It.

While teaching a graduate course a few years back on Hip-Hop Street Lit Narratives, Mark Naison, Ph.D., a Fordham professor of history, lectured about a new genre of fiction writing, known as street lit or hip-hop lit, that was being self-published and sold on the streets—sometimes out of the trunk of a car.

The literature, though formulaic and steeped in violence, sex, drugs, and prison life, had managed to find its way into the publishing industry’s major online stores and book chains.

“I had this zany idea that we should try writing our own book,” Naison said. 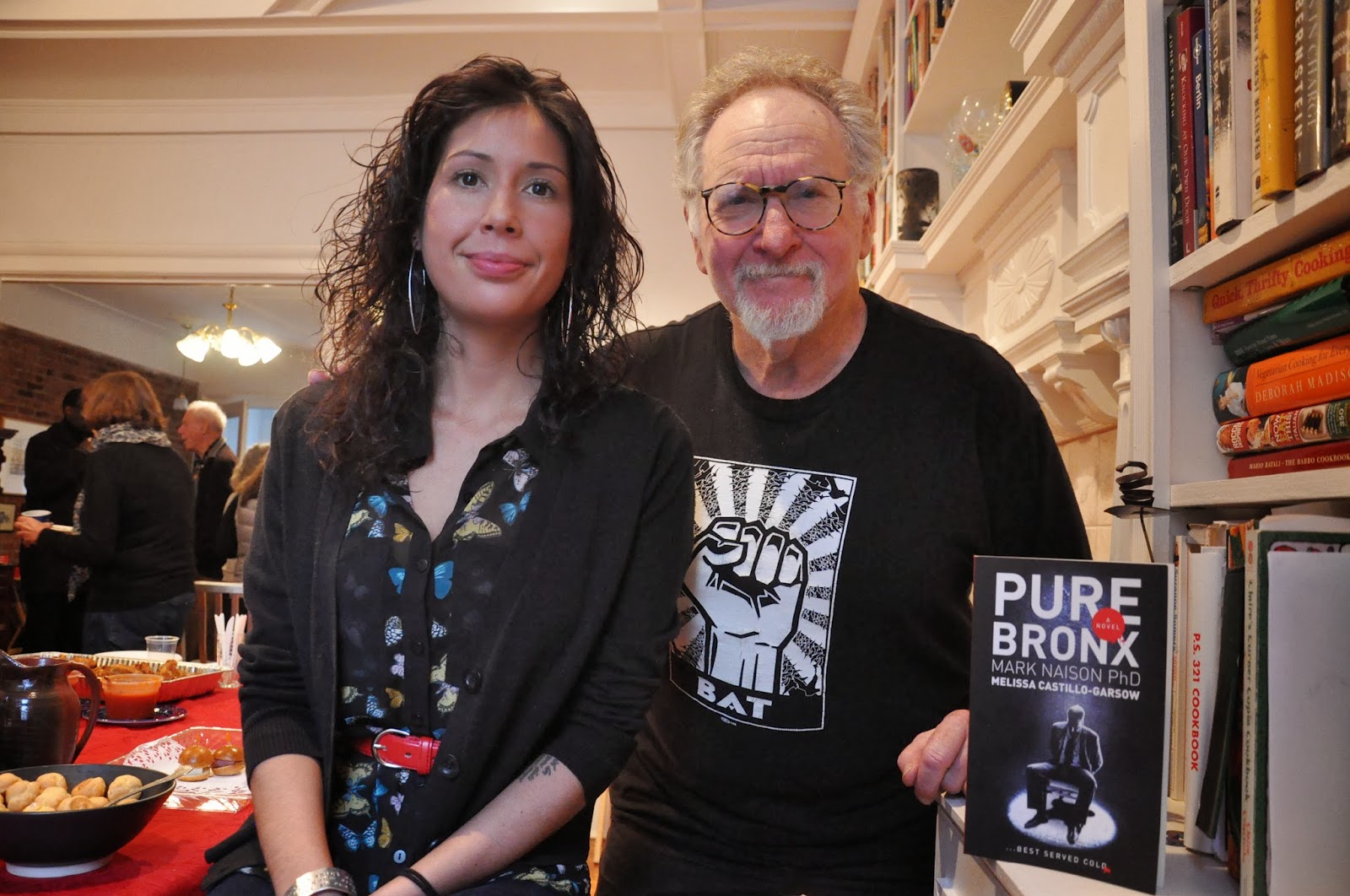 So, he put it to his class: he would write a few pages and hand them around; would someone else in the class take it from there?
Melissa Castillo-Garsow, GSAS ’11, a graduate student in English, did. To compliment Khalil, the young drug dealing hustler that Naison had created, Castillo-Garsow created Rasheeda, a strip club dancer who supports her family while struggling to attend college. The story revolves around their attempts to escape the poverty and dead-end existence many young people in the Bronx face.
Naison and Castillo-Garsow managed to write more than 100 pages to show to other street lit authors, who told them to “keep going” because the story was worthy of being published.The book takes place in the South Bronx, among a backdrop of a community of immigrants struggling in an area undergoing gentrification.
Their final product, Pure Bronx, a Novel, became a reality last year through Agustus Publishing. This past weekend Naison appeared on WFUV’s Fordham Conversations to talk about the the book, which came out in paperback in November. You can listen to the interview here .
Naison now uses the best of urban literature in some of his courses. He and Castillo-Garsow are also working with an entertainment company, Genco LLC, to turn the story into a movie. And more books are likely to come from them both.
Bearing in mind the project’s zany, impetuous start, Naison says he can’t believe the interest the story has generated.
“It’s been amazing.”