skip to main content
Return to Fordham University
You are at:Home»Arts and Culture»Lee Grant, Revered Actress, Shares an Uncommon Career

Lee Grant, who rebounded after a 12-year banishment from the silver screen to capture two Academy Awards, regaled students from the Fordham Theatre Program in a freewheeling question and answer session on Feb. 11.

Sitting in a rehearsal studio at Fordham’s Lincoln Center campus, Grant fielded queries both from students, administrators, and faculty. Much of the conversation dwelled upon Grant’s experience in the 1950s, when she found herself blacklisted in Hollywood after she refused to testify against her husband (playwright Arnold Manoff) for the House Un-American Activities Committee (HUAC).

Her career in television and movies was shut down in 1951 when she was just 24 and in her prime acting years. It was particularly painful, she said, given the fact that she’d been nominated that year for an Academy Award for Best Supporting Actress in the film Detective Story.

“That was a period of great growth for me,” said Grant, who visited Fordham to talk to theater students. “I was very lucky to have this happen when I was so young, because I think I was the only one of that crowd, except the writers of course, who made it back to where they were when they were bl 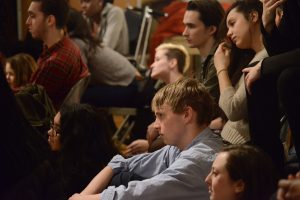 Even though she was robbed of 12 years of acting work, she returned successfully to the screen and won the Best Supporting Actress Oscar in 1975 for her performance opposite Warren Beatty in Shampoo.

Although students face a different acting world today—A Streetcar Named Desire and Death of a Salesman were playing when she got her big break on Broadway—Grant did share some tips for getting better roles. In 1949, Henry Fonda recommended her to the director of the Broadway version of Detective Story. But she recoiled at the role that playwright Sidney Kingsley had in mind for her, as an ingénue that was “the dumbest character in the play.”

Grant had learned in speech class how to lower her voice and affect a certain sound, in part by listening to people on subways and busses. She recalled two women on a bus in particular, who “talked like that” and she stayed on the bus just to listen to their dialog.  She was convinced that she–then only 22—could win the role of another character in the play, a 40-year-old woman.

“When I was up for that role I brought those girls in, and so they took me from that bus right onto this great character, and then the same character in the film [version],” she recalled. “It was such an astonishing ride.”

Grant detailed her experiences being interrogated by HUAC in a memoir, I Said Yes to Everything (Blue Rider Press, 2014), told students that to this day she has a difficult time recalling names and places when asked to recount them.

She said that she was naïve at the time, but also recalled how shockingly dumb her inquisitors were: When she was asked and answered who her agent was, talent agent William Morris, the follow-up question was “Is that a Communist agent?”

Later in her career, Grant was able to successfully make the transition to directing. Her 1986 film on poverty, Down and Out in America, won an Academy Award for Best Documentary Feature.

“I would have never made the most important part of my life, in a sense, if I . . . didn’t have to fight that fight,” she said. 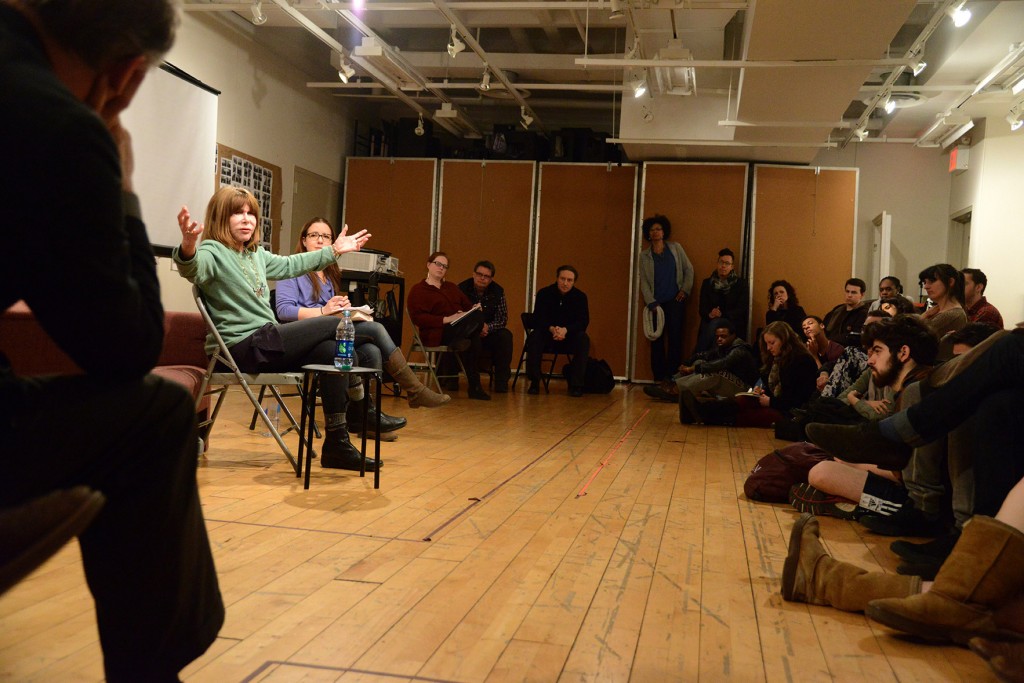