skip to main content
Return to Fordham University
You are at:Home»Arts and Culture»Jesuit Appointed Head of Art Collections 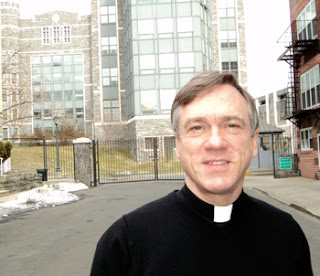 Father Waldrop, a member of Fordham’s Art History and Music Department since 2009, is an expert in Italian art from 1400 to 1600, and his scholarly research and writing deal primarily with the religious culture and iconography of the late Middle Ages and early Renaissance in Italy, with a particular focus on 15th century Sienese painting.

He was a Rome Prize Fellow at the American Academy in Rome in 2006-2008. He has taught in both the medieval and renaissance areas and will continue his association with the Art History and Music Department.

In his new role, Fr. Waldrop will work collaboratively with academic units across the University to enhance Fordham’s prominence and visibility within New York City’s richly diverse artistic communities and cultural institutions. He will also oversee an estimated 1,000 works of fine art spread at the University’s three campuses.