skip to main content
Return to Fordham University
You are at:Home»Arts and Culture»From Dance to Public Media: Scholarship Recipient Reimagines Her Craft
Photos taken from a safe social distance by Tom Stoelker
Twelve years before her death in 2010, Denise Jefferson, the late director of the Ailey School, helped create a dual Bachelor of Fine arts degree with then-dean of Fordham College at Lincoln Center (FCLC) Edward Bristow, Ph.D. The New York Times cited the Ailey/Fordham BFA in Dance program as likely the first of its kind between a dance company and a liberal arts college. 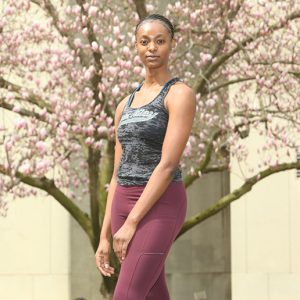 At the time, few could imagine the increased diversity in dance that the program would go on to champion, let alone foresee the social media revolution. Today, as the program prepares for its annual benefit on May 3, a recipient of the scholarship named for Jefferson embodies both.

FCLC senior Naya Hutchinson is pursuing a double major: a Bachelor of Fine Arts in dance and a bachelor’s in African and African American Studies; for the latter, she is writing her senior thesis on Black dancers in the media.

Hutchinson said that while the past year has been trying, an unforeseen upshot of the pandemic has been that she has begun to think about dance in a more media-centric manner.

“We all had to create our pieces virtually, we had to direct and film from afar, and edit,” she said.

The need to record dance during the pandemic spurred her to begin an accelerated master’s program in public media as she completes her bachelor’s. Even as she wraps up writing her senior thesis, she has already started the Master of Arts in Public Media, which will earn her both degrees in just five years. She said the coursework has helped her present dance on a variety of digital platforms.

Learning About African Americans and the Arts

Hutchinson added that classes at Fordham inform her dance studies at Ailey and vice versa.

Once in the Ailey/Fordham program, she began to learn about New York’s deep history in African American arts. At Ailey, she learned about the people behind the scenes in dance and jazz of the Harlem Renaissance. She reflects often on past dancers at the company who are no longer alive, but whose legacy lives on in her dance instructors. At Fordham, she said a “plethora of teachers” from her African and African American Studies major gave her insight into Black politics, cinema, and activism.

“They have helped me along the way with learning about these things I didn’t have a chance to learn about in high school, especially on the Black media, just the amount of Black movies that I’ve watched and old Black characters—all these things have been super helpful and informative as my journey begins, so I’m excited.”

This year, like nearly every year since Jefferson and Bristow established the program, the two institutions will hold the Ailey/Fordham BFA in Dance Benefit to help more students like Hutchinson benefit from the cross-pollination of a liberal arts degree with the fine art of dance. Though this year’s event will be held virtually due to the pandemic, funds raised will continue to go toward the Denise Jefferson Memorial Scholarship Fund, an artistic merit scholarship that supports two students, a junior and a senior, in the Ailey/Fordham program every year. The event will be held on Mon., May 3, at 5:30 p.m.

Despite training with a noted ballet mistress in Chicago and having mastered her craft, Jefferson, who was Black, told Dance magazine that she initially didn’t plan on pursuing dance because she had never seen anyone on stage who wasn’t white. While times have certainly changed, Hutchinson said the dance world has yet to fully expunge its white-centric aesthetic.

“I think that overall the dance world could have evolved even more today than they already have,” said Hutchinson. “I think there should be more dancers that look like me on the big stages.” 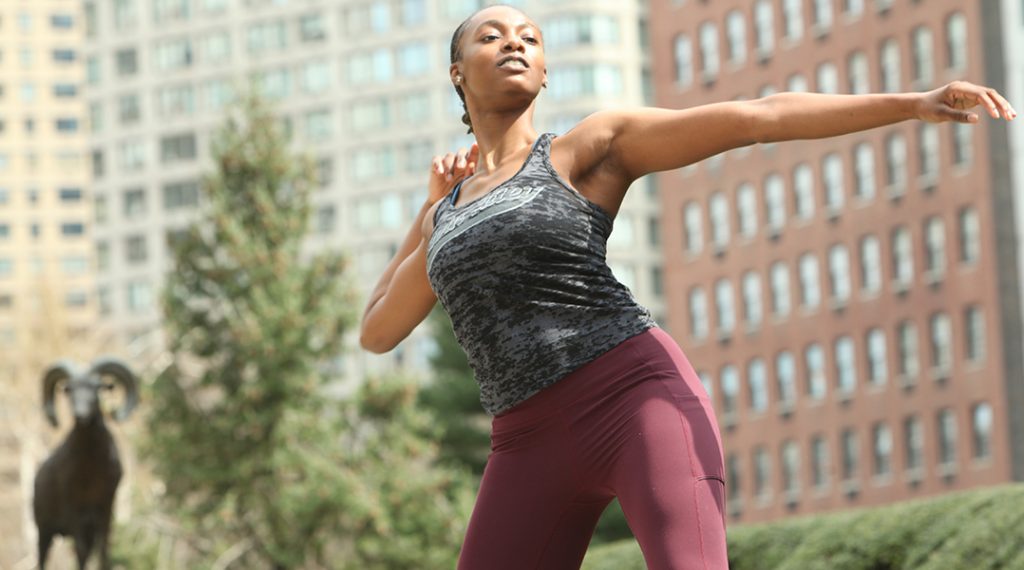 Hutchinson on the Lincoln Center campus

Hutchinson got her start in Prince George’s County, Maryland, performing liturgical dance at the church where both her parents were ministers, which has led her to think of dance in a spiritual manner.

“I think of dance’s value in terms of my relationship with God and what that means through my movement,” she said.

By the time she was 10 years old, she landed at the School of the Washington Ballet where said she encountered other Black students and dancers. But when she arrived at Ailey, the demographic was even more diverse and inclusive.

“I always think that we can push more diversity at all of our institutions and I think that’s super important, especially with the year that we’ve had where race has been such a highlight of the summer of 2020 and everything that went on,” she said. “I’ve known girls that have not wanted to dance anymore because they don’t see the representation of themselves.”

To that end, Hutchinson has already employed her media skills to reach young people who may not have the opportunity to see dance on stage.

“I do this because I love it, but I also love the aspect that I get to inspire young girls through media,” she said. “I’ve had some come up to me and ask me about dancing and they talk about how alien all of these things are to them, so I’ve created a YouTube channel in part for them.”

Those wishing to attend the virtual benefit or make a gift to support the program’s student dancers may do so here.