skip to main content
Return to Fordham University
You are at:Home»Arts and Culture»Fordham Westchester Hosts Matters of the HeART

The Westchester campus has once again transformed its lobby into an art gallery, with Matters of the HeART, a show that highlights the artistic talents of Westchester County residents aged 55 and older.

The exhibit, which was installed on May 28, will run through June 10. An artist reception will be held Tuesday, June 2 from 3-5 p.m.

Co-curator Karen Seville Greenbaum said the idea behind the program, which is in its 11th year, is to support and foster healthy aging through the arts by staying creative. Before coming to Fordham Westchester, the exhibit was displayed at the Greenburgh Town Hall and the Andrus on Hudson retirement community in Hastings-On-Hudson. 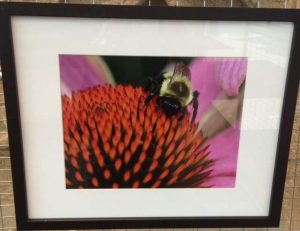 “Doing visual arts is not like being a performer. It can be isolating. Part of what we do is … bring the artists together and let them meet each other, see what each other is doing and get inspired,” she said.

This year’s exhibit features the works of 32 artists who range from professionals who’ve sold their pieces, hobbyists who create in their free time, and late bloomers who’ve taken up art later in life. Seville Greenbaum estimated that 90 percent of the artists are returning from past years, and she said she’s seen improvements in their works over time.

Grant Grastorf, academic operations administrator at Fordham Westchester, said the partnership, which began when the campus first opened eight years ago, is an example of Fordham’s commitment to educating older students.

“We’re trying to be good community neighbors, and by opening our campus to various groups for meetings or exhibits, we’re able to further the mission of the University,” he said. 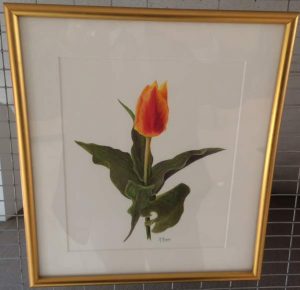 Marie Murray, 76, a resident of Yonkers who has been displaying art with the group since its founding, has displayed her works at various locations in Scarsdale and was an art instructor for the Yonkers parks department for 20 years.

She contributed Tulipa, a painting of a tulip that she did to earn a botanical art certificate from the New York Botanical Garden.

“It’s amazing, some of the work that’s in the show,” she said. “Every year [it]gets better.”