The team’s arrival was part of Coach Kyle Neptune’s off-court strategy to encourage a culture that values the student-athletes’ full development as well-rounded young men, as well as great players.

“There’s not a lot of places in the world they have these types of high-level experiences and while they’re here, we want to make sure that they have a chance to experience them,” Neptune told Forbes magazine in an article covering the trip.

Indeed, a Met opening is about as high level as culture gets in New York, and the 2021 fall season has been like no other. In the preceding months, the city saw the worst of the pandemic and was rocked by the killing of George Floyd, which led to dozens of Black Lives Matter demonstrations. Institutions across the city reopened with works commissioned by Black artists, and the Met was no exception. For the first time in its 138-year history, the Met featured an opera by a Black composer, Terence Blanchard, as well as a Black librettist on its stage, Kasi Lemmons. The opera is based upon the memoir by Fordham Sperber Prize-winner and New YorkTimes columnist Charles Blow. In addition, the entire cast (singers and dancers) of Fire Shut Up In My Bones is Black.

The team enters the lobby. (Photo by Bruce Gilbert)

As the they entered lobby the team climbed white terrazzo stairs that snake up toward the Met’s multiple balconies.  Once inside the plush red velvet interior that seats an audience of nearly 4,000, the men gaped at the scalloped gold-leafed ceiling as the famed sputnik chandeliers rose signaling the start of the show.

Team members settle into their seats before the show. (Photo by Bruce Gilbert)

“This definitely was my first time at the opera. We don’t have anything like this in Florida,” said junior Antrell Charlton later. “This opens up our minds. We all come from different places. I’m from Florida. We have Rostic who is from Ukraine. Abdul, he’s from Africa. Chuba he’s from New York,” he said, naming his teammates.

In addition to the Met, Neptune has taken the team on outings to dinner on Arthur Avenue, a paintball excursion in the Bronx, and a boat trip on New York Harbor. 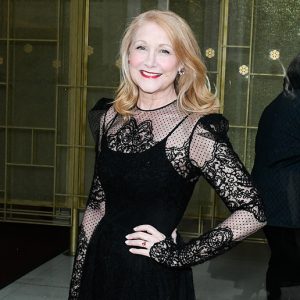 Senior guard Darius Quisenberry said that the off-campus excursions were key to creating team chemistry on the court.

“We’re just going to different places most guys that are in college don’t get to experience,” said Quinsenberry.

He added that between school and practice it’s hard to get to get to know team members and coaches, even though they spend so much time together.

“It’s good to be able to have time with each other off the court and to be seeing a different side of the coaches as well, their different personalities,” he said. “Everybody has a different mentality on the court then they do off the court. Our coach is showing us how well-rounded all the other coaches are and how we can be, too.”

On seeing the team in the lobby, one audience guest, Terrence Diable, FCLC ’15 , shouted out “Go Rams!”

Diable, an alumnus of Ailey/Fordham program, is now part of the Harlem-based Limón Dance Company. For him, the Met’s return conjured a host of feelings. He said that he hadn’t attended a live indoor performance since the pandemic began.

Terrence Diable, FCLC ’15, arrives at the final dress rehearsal of “Fire Shot Up in My Bones.” (Photo by Bruce Gilbert)

“I was filled with this excitement being back in the space, seeing all my friends and colleagues, old bosses, new bosses, future bosses,” he said later. “It was so nice being back with people. I got into the arts because of what happens in the theater in front of an audience in real time.”

Diable said he enjoyed watching “so many legacies come together and unfold.” From the young boy soprano, Walter Russell III, who came from Diable’s childhood alma mater the Harlem School of the Arts, to the choreography of Camille A. Brown, Diable said the new opera was a landmark for Black culture.

The performance did not shy away from the complicated issues facing Black men, and Black men from the South in particular.

It was during that Act III scene that the team members, who had been up since 5:30 a.m., roused back to an upright position in their seats. After the curtain fell, the team filed out into the bright sunlight on the plaza.

“That was long!” was the consensus commentary.

Sophomore center Rostyslav “Rostic” Novitskyi was one of the few team members who had been to the opera before, back in his native Ukraine. He said the Met opera house was “pretty nice” in comparison to the one back home. And while he found the experience similar, there was one distinction with this trip.

“Here we’re together with the team, we’re like a family, and I think it’s going to help us be together on the court,” he said.