skip to main content
Return to Fordham University
You are at:Home»Arts and Culture»FCLC Dancer Comes ThisClose 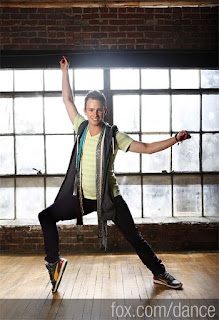 FCLC Sophomore Jakob Karr placed second in last night’s final competition on So You Think You Can Dance. Karr, from Orlando, Fla., came to the Lincoln Center campusin August 2008, and auditioned for the reality dance series’ sixth season in New Orleans in June 2009.

Show judge and executive producer Nigel Lythgoe called Karr “a truly polished diamond,” and fellow judge, choreographer Mary Murphy said “Jakob, you are definitely one of the best dancers in this competition. There isn’t anything you can’t do.” That wasn’t enough to take the top slot, however, and Karr fell to Russell Ferguson, a 20-year-old krumper from Boston, who took home the $250,000 prize.

Throughout the competition, Karr was considered one of the most technically accomplished dancers. Lythgoe called him “outstandingly brilliant,” and earlier this week, the Wall Street Journal called him “incredible in a contemporary routine,” and predicted he would win the competition.