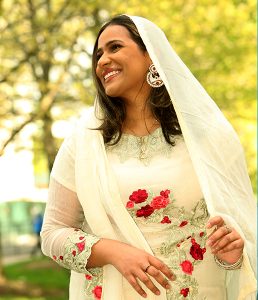 Students competed in a round of Kahoot! with Asian themes, snapped photos of each other against a celebratory background, and consumed chicken poppers and samosas that they washed back with good ol’ American Coca-Cola served in champagne flutes.

Later, the group counted 330 origami cranes that committee members and other participants have been folding over the course of April as part of an Origami Awareness project. They hope to make 1,000 cranes by April 2022. According to Japanese tradition, the making of a thousand origami cranes grants the creators one wish, which in this case was for peace and acceptance for all Asian communities, said Fordham College at Rose Hill senior Angela Ly.

“It’s been really hard on the Asian community in general. That’s why,” said Ly, the AAPI cultural programming coordinator. Normally the month-long celebration of Asian identity is held in May, but with Fordham’s commencement and end-of-year celebrations held that month, the committee opted to honor their heritage in April.

Ly, who identifies as a Chinese-Vietnamese American, said that as the event was coming together, the committee decided to invite students from South Asian groups, who might not normally attend an AAPI event.

“It’s like when you fill out the census, not every Asian think of themselves as just Asian,” she said. “There are so many other countries in Asia, you could be Indian or Pakistani. We wanted to embody that, so this is the first time that we got so many different clubs that are Asian identified together.”

With the rise in Asian hate crimes coming on the tails of the Black Lives Matter movement, Ly said that over the past year the committee sought out solidarity with the Black History Month Committee and will continue to forge alliances through events like the Cultural Showcase. 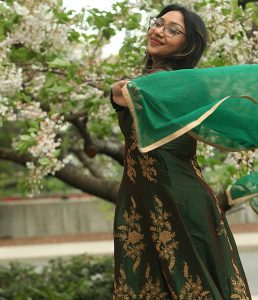 FCRH junior Nazeath Emama identifies as Bangladeshi. She said that the Asian students can also count the Muslim Students Association as steadfast allies.

“We completely understand what’s happening to them because we go through it a lot. I hear slurs at me all the time,” she said. “I just want them to be aware that they have our support 100%, regardless of what is happening. We will be there to either protect them or show our support to let them know that they’re not on their own.”

Emama said she’d like to see more white students come to the events.

“These events are not just to make our people comfortable, but also for white people to come and ask questions, to learn more,” she said.

Ly agreed that club mixing could be the key to integrating campus more.

“We’re making it something more, something more like a family, where we can embrace our cultural backgrounds, but it’s also about just being at college,” she said.

Arthur Liu is an international student from Hong Kong and president of the Asian Cultural Exchange. He concurred with Ly that the common denominator is college life at Fordham.

“The American college experience is so rich and there’s a lot to learn from it. You sort of run into an issue as to who should reach out to international students, but I think specific outreach from these clubs could do it,” he said. 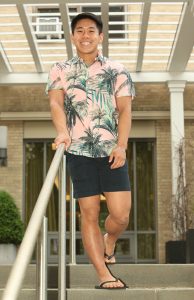 Liu’s dad is from Malaysia and his mom is from Hong Kong, though he has full Chinese lineage on both sides of his family. He identifies as Hong Kong-Malaysian because Hong Kong was where he was born and raised, but he maintains strong ties to Malaysia.

“There’s a natural tendency to want to stick to people of a similar background to you,” he said.

But he noted that everything from language skills to the culture shock of arriving in New York can keep international students from mixing with the cultural clubs, where a lot of the members are fluent in English and have adapted to the city to the point of being New Yorkers.  He said he’d like to see these clubs be integrated into the orientation for international students.

Later, as Liu hosted Kahoot!, students participating in the evening’s fashion show began to arrive in elaborate Bengali and traditional Chinese dresses. Allies arrived in Bronx style, and one student wore a traditional Muslim thobe for men. For his part, Liu was wearing shorts and what most Americans might call a Hawaiian shirt, but in this case, it was Southeast Asian.

“It’s not necessarily traditional, but it’s authentic—especially the flip-flops,” he said. 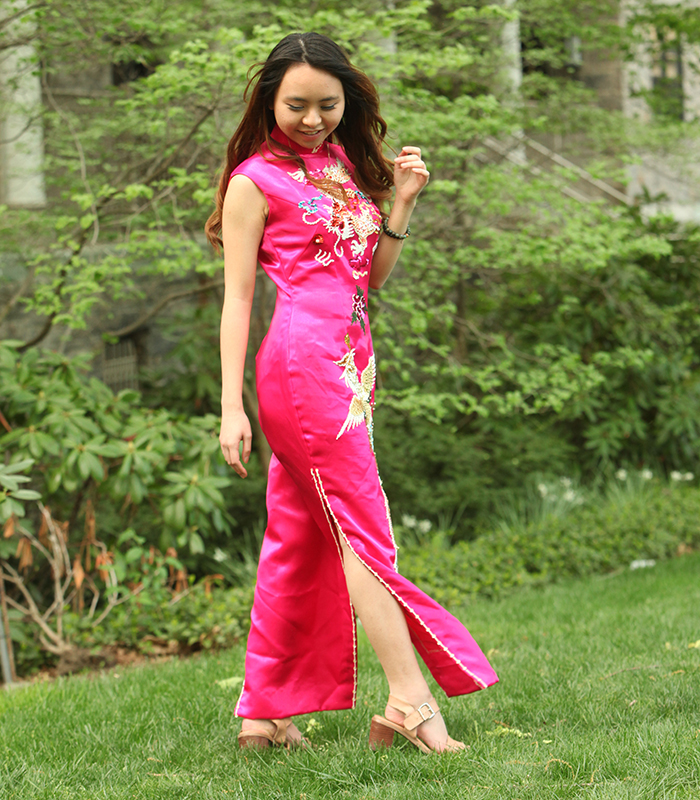 Angela Ly wears her mother’s wedding dress, a traditional qi pao in silk with an embroidered phoenix and dragon.