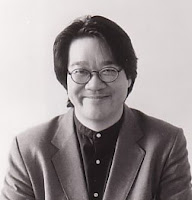 Alvin Eng, an adjunct professor of English and Creative Writing at Fordham, has been accepted into the Fulbright Specialist program, and will be teaching at Hong Kong City University this summer.

Eng, who has been a member of the Fordham faculty since 2005, will depart for Hong Kong in June and spend seven weeks there, leading a playwriting and performance workshop titled Our Town: China/U.S.A.

Our Town creator Thornton Wilder spent part of his childhood in China while his father was serving as U.S. Consul General to Hong Kong and Shanghai in the 1910’s and Eng said one can see the influence of Wilder’s time there in Our Town, which debuted in 1938.

“I love that Our Town is the quintessential 20th Century Americana play, but it has Chinese roots,” he said.

“It was groundbreaking, because it was a real minimalist play. It did away with all the scenery, and really broke the fourth wall. A stage manager serves as a narrator, and that stage manager came directly out of what they call the property manager in Peking Opera.”

As part of the workshop, students will write and perform, short English language dramatic pieces about their own towns and experiences. Eng, who has taught courses such as “The Comic Voice” and “The 20th Century on Stage” at Fordham, will be blogging about his experiences at www.alvineng.com.