skip to main content
Return to Fordham University
You are at:Home»Arts and Culture»Emotions, From Personal and Private to Cultural and Public

Emotional Lives: Dramas of Identity in an Age of Mass Media (Cambridge, 2017), a new book by E. Doyle McCarthy, Ph.D., professor of sociology and American Studies, looks at America’s shift since the mid-20th century in its feelings and emotions —a phenomenon driven by new media, consumerism, and celebrity culture.

Q. What inspired your interest in the public expression of emotion?

I got interested in public emotions through those informal shrines on the streets of my city neighborhoods that began in the late 20th century. All over the city but across the country too, people would leave candles and flowers for someone who had died and I said to myself, “This is something different, something important.” The first time historically that the country did this for a public person was after JFK’s assassination, a highly mediatized event where Dealey Plaza became a place where people wanted to go to remember and to mourn. Many years later, was the death of Princess Diana. Kensington Palace was covered with flowers and people came from all over the world. And again, in the days after 9/11, the posting of photos of the “missing” all over 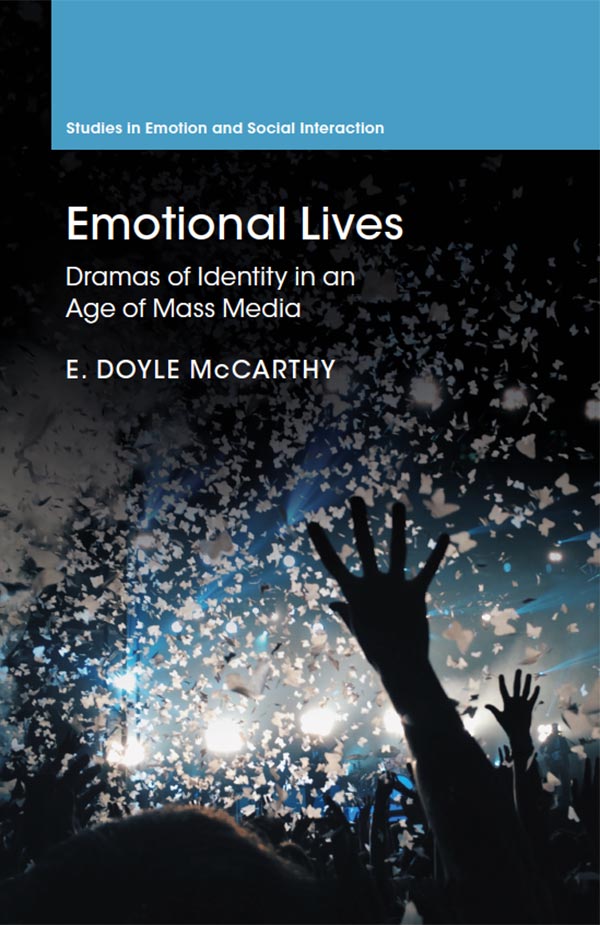 Grand Central and Penn Station. That this grew and expanded as a cultural practice, both locally and on the media, interested me a great deal.

Q. Your book ties emotional change to contemporary performance theory. How so?

Today, many of us dramatize our connection to a death or a tragedy. There’s something different about how we express our emotions—we do this in a public way, take and post photos or videos. It’s new. I grew up in the fifties and there was a formality and restraint to things you did if someone died, right? Even if it was a tragic death.

In short, I think that contemporary life is making actors of all of us. But not in a false, phony sense; rather, in the sense that we want to act things out that we know with conviction and that we feel strongly. This doesn’t mean that we’re overly scripted in what we do. It means that we want to dramatize things and express what we feel with other people in public places in much the same way that actors do; it’s an argument I make in this book.

Q. Don’t some theorists question whether that is real emotion?

I don’t go there in this book, but I do engage my students in those kind of questions. Whether these are real emotions or not, I see an awful lot of people talking today about being “authentic” and pursuing authentic lives and I think this indicates something important about culture and emotion today. For example, I see an authenticity in my students when they talk about the primacy of emotions in their lives. And that impresses me. As a sociologist, I have to listen to them, to pay attention to what they and other people tell me about the meaning of emotions today.

Q. What is the main argument of your book?

Well, my argument is about the identity of the modern self in history and how many things about being a person have changed today. Whether we think about the person in the 16th century, or the 18th, or the 21st, we meet different kinds of persons with different kinds of experiences and ideas about what a person is, what feelings mean, and so forth.

To sum up: we are cultural and collective beings whose emotions are shaped by the lives we live with others. So my book’s about the changing emotional cultures of the modern and postmodern age. Some of these changes have deep roots in our past, like individualism and Romanticism. Other changes have to do with the economies and digital technologies of today and how these, too, are changing us.