skip to main content
Return to Fordham University
You are at:Home»Arts and Culture»DeLillo Nominated for PEN/Faulker 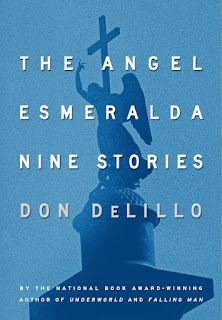 Fordham alumnus Don DeLillo, one of the country’s most celebrated and accomplished writers, was recently named a finalist for the PEN/Faulkner Award for Fiction for his first collection of short stories, The Angel Esmeralda: Nine Stories.

The national prize, given annually, honors outstanding works of fiction by living American writers. Also nominated for this year’s award are Russell Banks (Lost Memory of Skin), Anita Desai (The Artist of Disappearance), Steven Millhauser (We Others: New and Selected Stories), and Julie Otsuka (The Buddha in the Attic).

The winner will be announced on March 26.

Writing about The Angel Esmeralda in The New York Review of Books, Charles Baxter described the typical DeLillo tale as “a diagnosis of a zeitgeist malady we never knew we had, and in these stories the malady is one of spellbound fixation. As a diagnostician, DeLillo has achieved a very particular kind of greatness that gives his stories and novels a distinctive atmosphere and psychic temperature, that of a cool low-grade fever; and his gifts, in this specialized sphere, are, for a contemporary American writer, unsurpassed.”

A native of the Bronx, DeLillo graduated from Fordham College at Rose Hill in 1958, where, he once told The New York Times, “the Jesuits taught me to be a failed ascetic.”

He won a National Book Award in 1985 for White Noise, arguably his most popular novel and a seminal work in American postmodernism.

In 2009, Fordham Theatre produced DeLillo’s play The Day Room, which debuted in 1986, following the release of White Noise. Prior to the play’s Fordham premiere, DeLillo visited with the cast and crew.

DeLillo is not the only Fordham alumnus who has been nominated for a major fiction award in the past year. Andrew Krivak, GSAS ’95, was nominated for a National Book Award in 2011 for his novel The Sojourn, which was published by Bellevue Literary Press.

FORDHAM magazine reviewed both novels in its winter 2012 issue.