skip to main content
Return to Fordham University
You are at:Home»Arts and Culture»Dancing Through the Dark Days of Imprisonment

With more than 2.4 million people currently behind bars, America is the world’s No. 1 incarcerator.

And of those who will be released, 50 percent will return to prison within their first three years of freedom.

“That’s a terrible thing to project around the world,” said Katherine Vockins, who presented the statistics at the National Organization of Forensic Social Work conference at Fordham on July 26.

Vockins is the founder and executive director of Rehabilitation Through the Arts (RTA). A businesswoman who also enjoyed community theater, Vockins devised the group while volunteering with her husband at Sing Sing Correctional Facility. A group of inmates asked for her help with a play they’d written, which Vockins helped turn into a production. Within the year, RTA was born.

In the 18 years since, RTA has grown to serve 150 incarcerated men and women in five medium and maximum security prisons throughout New York state. It offers a variety of workshops, including theater, dance, creative writing, film, visual art, dramatic literature, and voice.

“We are using art to teach critical life skills and social skills, which social service agencies have said is the missing link when people come home after being in prison for a long time,” Vockins said.

RTA helps give the incarcerated population a much-needed outlet, said Vockins. “It’s a chance to have emotions, to show emotions, to acknowledge fear and happiness—to be human again. Because the mask worn behind the walls changes the way people act and feel.”

The benefits of these groups have been proven, she said: a John Jay College study found better disciplinary and coping skills in prisoners who have been exposed to the arts, while a SUNY Purchase College study showed that the RTA participants finished their GEDs and moved on to post-secondary education faster than average.

The creative arts facilitate a positive change in incarcerated men and women, one which serving a prison term does not provide, Vockins said.

“For humanitarian reasons, for public safety reasons, and for just good old-fashioned economic reasons, we should change the way people come out of prison. They should come out healed and ready to come back and do something positive,” she said.

Andre Noel first came in contact with RTA while serving 15 years in the Woodbourne Correctional Facility. RTA’s dance group, Figures-in-Flight, had such a profound impact on Noel that, after completing his sentence, he vowed to continue dancing. The result was Figures-in-Flight Released, which performed at the Lincoln Center campus as part of NOFSW.

“We bring a message with us,” said Noel, the company’s director. “We want to express to society that we’re all human beings—we’ve been reformed and we’ve changed our lives. We continue dancing not just for entertainment, but to show the world that we’re capable of becoming successful in whatever we choose to accomplish.”

The group also reaches out to youth groups in the hopes of sparing them the ordeal of prison.

“We were kids when we got incarcerated,” he said. “Kids need an outlet. We try to help kids who are at risk to also express themselves through movement—to channel their anger and everything they have going on their lives.”

“None of our movements are random, and the same movement doesn’t necessarily have to mean the same thing for each of us,” said dancer Ray Brito, who served 19 years at Woodbourne. “When we do a reaching move, one might be trying to pull himself toward a particular goal while another might be thinking about reaching toward a loved one.”

Brito credits RTA with not only helping to change the course of his life, but also keeping him going during the dark days of his imprisonment.

“In prison, everything was cold. We all knew we were in prison and couldn’t forget that,” he said. “But in dance, the aim was to feel free…  to just pay attention to yourself and nothing else.

“Attention is the very foundation of our program,” he said. “You have to be able to stand at attention, to be able to feel every breath, every heartbeat while also staying in-tuned to everything that’s going on around you. That might sound simple, but coming from our backgrounds, most of us made the mistakes that we did because we didn’t pay attention.” 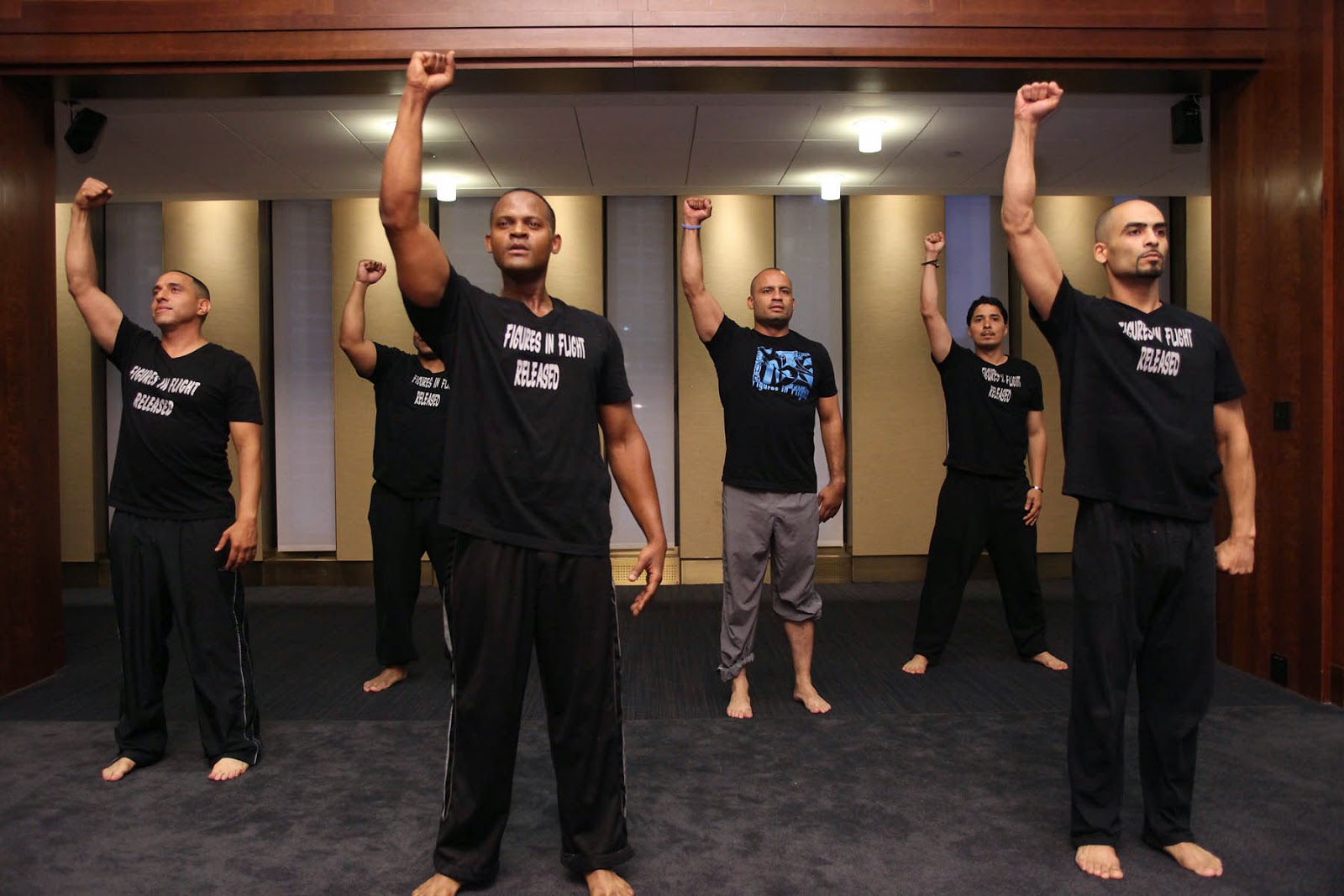 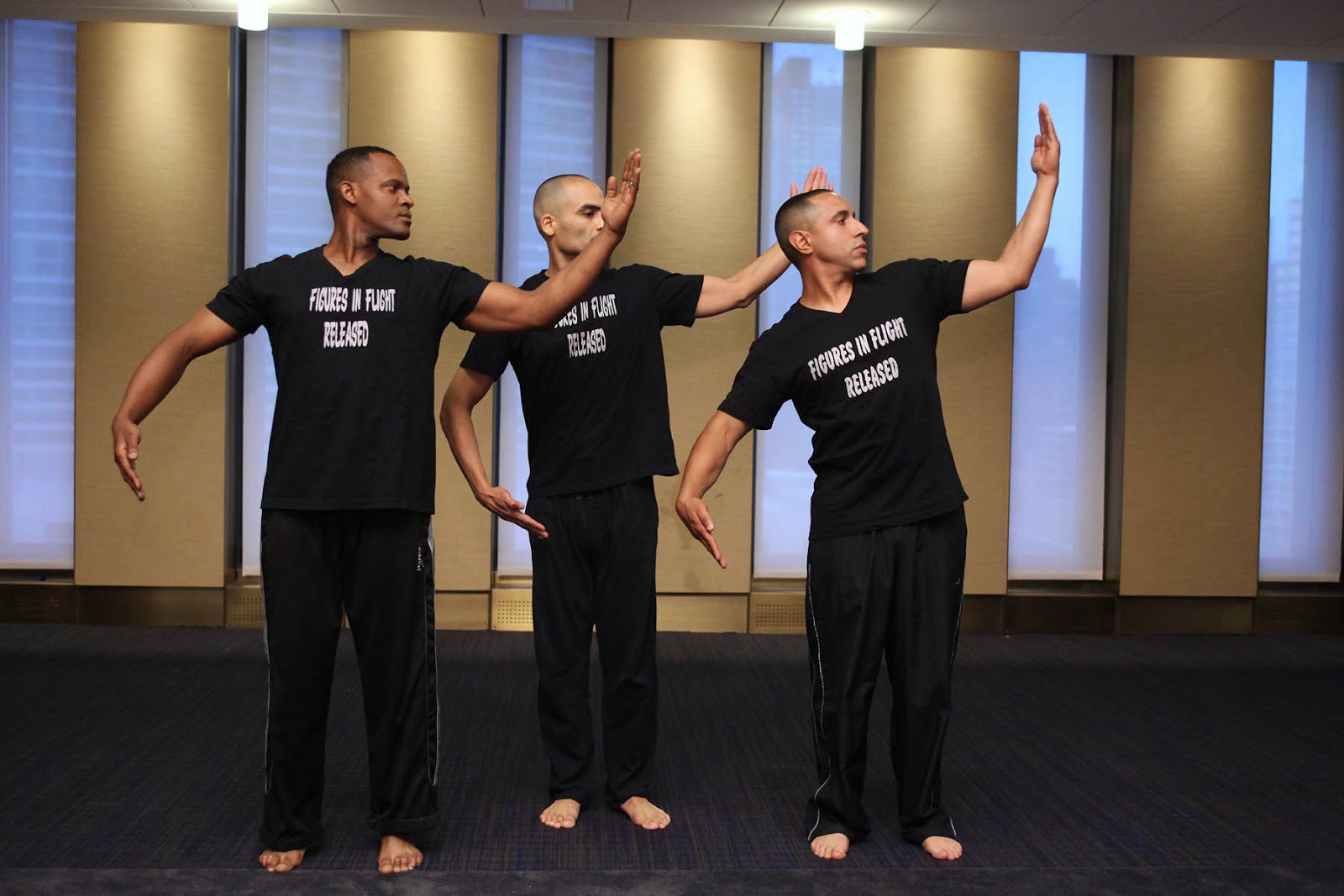 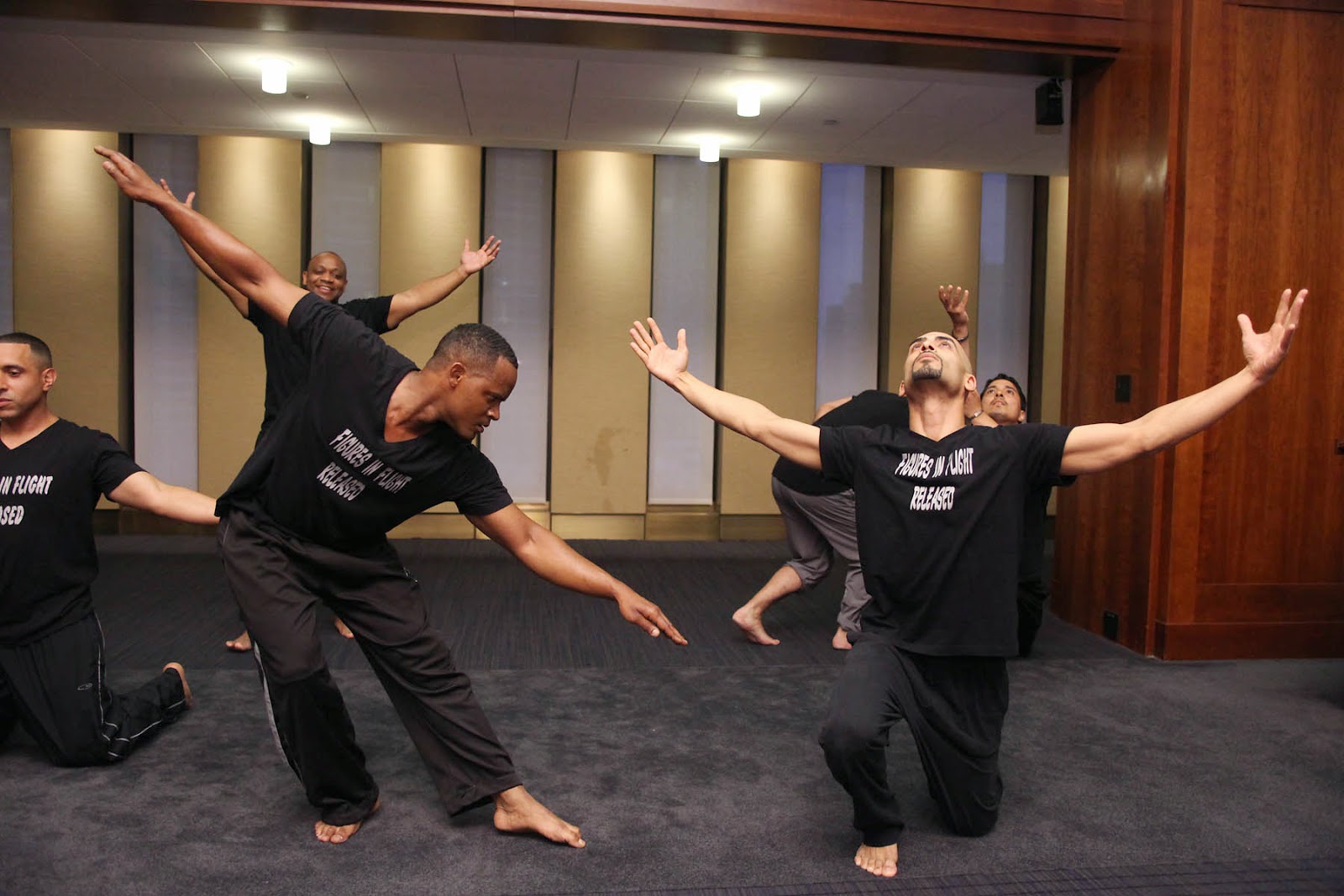 Figures-in-Flight Released members include Andre Noel, Ray Brito, Jeffrey Rivera, Andre Kelley, David Montalvo, and Jason Bermudez. The group as part of the National Organization of Forensic Social Work conference, co-sponsored by Be The Evidence International and the NOFSW.