skip to main content
Return to Fordham University
You are at:Home»Arts and Culture»Center Gallery Brings a Bit of Backstreet Tokyo to NYC 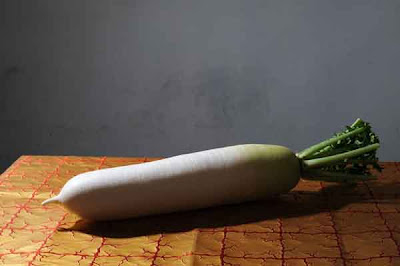 Last year, a former Fuji film 35-minute processing lab in the Araiyakushi district of Tokyo became the monthly showcase for an unconventional collective of photographers. The space was so small and the shows proved so popular that Stephan Apicella-Hitchcock, a Fordham professor spending a semester in Japan, often found it hard to get inside.

The space showcased the artists, known as the 35minutesmen, for only one year. But the photographs, coupled with the act of creating one’s own exhibit space, so impressed Apicella-Hitchcock that he decided to bring the work to Fordham’s Center Gallery.

On Saturday, Nov. 6, the Center Gallery opens its doors on “35minutesmen”, a photo exhibit of a seven-artist collective that Apicella-Hitchcock calls an “an anomaly of the Tokyo art world.”

“They are seven artists who said, ‘let’s do this ourselves,’ which is unheard of in the very insulated Tokyo art world,” said Apicella-Hitchcock, who is co-curating the show with Anibal Pella-Woo, adjunct professor of visual arts.

“We thought it would be wonderful for our students to see these artists’ ‘do it yourself’ strategy to showing their work, now more than ever, because today nobody knocks down the door to offer most artists a chance to show their work,” he said. “Their communal spirit and energy will hopefully serve as encouragement for young photographers and emerging artists to create their own peer support structure and exhibition opportunities.”

More than just an art show, said Apicella-Hitchcock, the 35minutesmen exhibits created a blurring of the boundaries between art and everyday life, one in which the shows themselves led viewers to socially interact and create a community around the shows and their openings.

Apicella-Hitchcock and Pella-Woo chose the Center Gallery show from a year’s worth of images sent via email from all seven artists, in black and white, color, Polaroids, and both digital and film-based photos. Also available will be a catalog of their work, said Apicella-Hitchcock.

The opening reception will be held on Friday, Nov. 12 from 6 to 8 p.m. in the Center Gallery, Lowenstein Center, Lincoln Center campus. The show will be on display every day from 8 am. to 8 p.m. through December 19th.

As a complement to the show, Apicella-Hitchcock will be teaching a four-credit course this December in “Photography in the Documentary Tradition: Japan,” that includes a trip to Tokyo and Kyoto over the Christmas and New Year’s break.