skip to main content
Return to Fordham University
You are at:Home»Arts and Culture»Rare Italian Unification Archives Digitized by Library 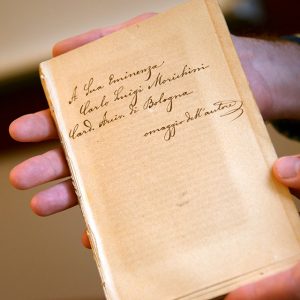 The cardinal’s name appears on many of the pamphlets.

Selections of rare secular and religious pamphlets, published amidst the Italian unification from 1815 to 1880, have been digitized by Fordham Libraries as part of a new initiative to make rare scholarly materials available to the public.

Much of the trove—which consists of 1,600 pamphlets that were once the property of the 19th-century Italian Cardinal Carlo Luigi Morichini, is available online.

“We want to share our hidden collections that aren’t accessible even to the Fordham community,” said Linda Loschiavo, director of Fordham Libraries. “As a research institution, part of the library’s mission is to give access to the scholarly collections, as well as the more popular collections.”

Loschiavo said that while the library has already digitized items of importance to Fordham, New York City, and the nation (including back issues of the student newspaper, The Ram, some Tin Pan Alley sheet music, and letters from George Washington), some academic gems like the pamphlets remain relatively unknown— outside of the library staff. The pamphlets have been the property of Fordham Libraries’ special collections since 2012. 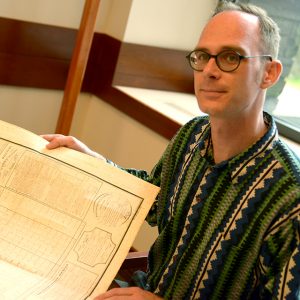 Cardinal Morichini, who died in 1879, served in several administrative, ministerial, and diplomatic posts in the mid-nineteenth century, said Timothy Ryan Mendenhall, metadata librarian at the Walsh Library. Mendenhall is heading up the organizing and digitizing of the Morichini and other collections.

During the cardinal’s tenure, Italy experienced sweeping changes that brought about the secularization of civil, political, and educational institutions. The church lost administrative control over the former Papal States, much of its wealth, its land holdings, and its political influence—some of which is documented and debated in the pamphlets.

The issues associated with unification, however, represent only a portion of the cardinal’s interests and concerns. He was also interested in the spiritual care of the poor, prison reform, and education, and he published one of the most comprehensive surveys of such institutions at the time, said Mendenhall. He was also involved in the finances of the Papal States during a period of fiscal crisis, and helped create savings and loan institutions for the poor.

The digitization of Fordham’s files was carried out on Internet Archive and can also be found at the Digital Public Library of America. The project was made possible by a grant from the Metropolitan New York Library Council.

“This collection is one of the more hidden treasures,” she said. “Before now it was sitting in cartons.” 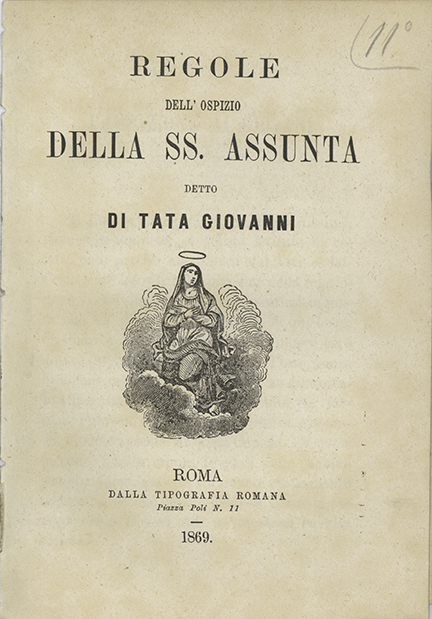