skip to main content
Return to Fordham University
You are at:Home»Arts and Culture»Bronx Black History: A Prison Lieutenant’s Quiet Activism
This month, Fordham News profiles men and women who have shared their stories in Fordham Libraries’ Bronx African American History Project.
Beatrice Bergland’s childhood memories of the Bronx are bittersweet.

She remembers walking down 170th Street with her grandfather and collecting food samples from the storekeepers. She also remembers the years of being chased home from school by the white children, and the day her grandfather’s life was brutally ended, perhaps for no other reason than having been black.

These early years in the Bronx didn’t make her bitter; they made her resilient.

“My brother Rex and I made a pact that as long as we both lived we were going to be survivors,” said Bergland, a retired New York State prison lieutenant whose story is included in Fordham’s Bronx African American History Project (BAAHP) oral archive. “No matter what someone does to you, you have to survive. You learn to be strong.”

Bergland was 4 years old when her family moved to a predominantly Jewish neighborhood in the South Bronx. She and her brother were the only black children at PS 88, which often made the pair a target.

When Bergland was 6, her beloved grandfather was murdered for allegedly having an interracial relationship with a white woman.

“They never found out who did it. It was never investigated. He was just another black person,” Bergland said. “My memories of that part of the Bronx aren’t good ones.”

After her grandfather’s death, the family moved to 163rd Street and Tinton Avenue. The neighborhood was more diverse, but racism was still the reality. Bergland remembers being restricted to the take-out window at White Castle, because black people were not allowed inside.

The blatant discrimination never made sense to the little girl, and she found quiet ways to rebel.

“I remember the separate water fountains in Sears that said ‘colored only’ and ‘white only.’ I wanted to see what would happen if I drank out of the white fountain,” Bergland said. “By the grace of God, nothing happened. And the water tasted the same.” 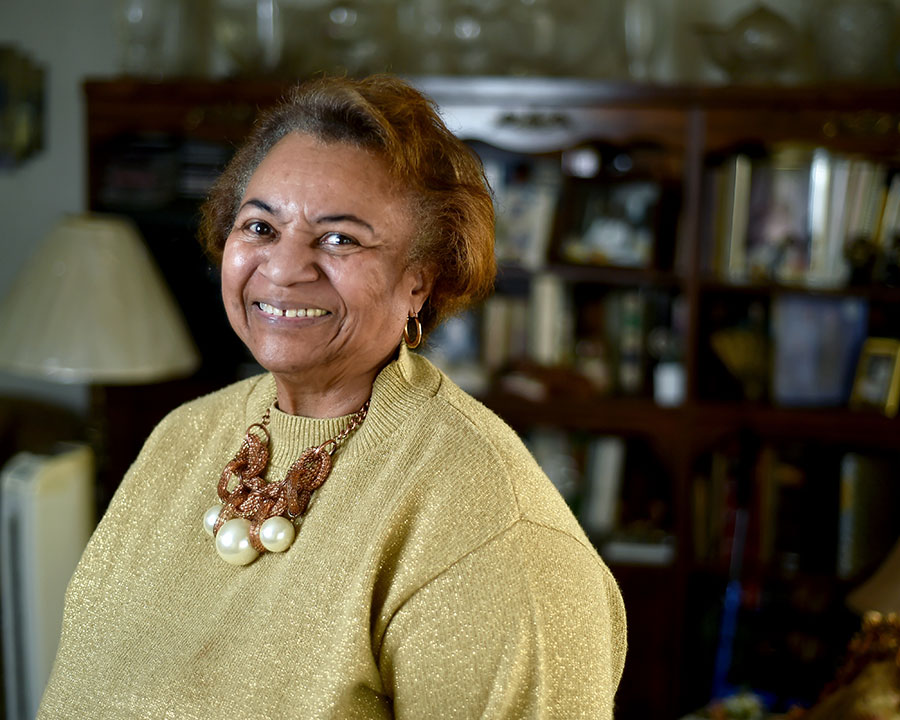 Her keen sense of justice together with an early encounter ignited a lifelong passion for law enforcement. One day, a cousin of Bergland’s robbed a bank on Prospect Avenue and absconded to the Berglands’ house on Tinton Ave. It didn’t take long for the authorities to track him down.

“I was the one who answered the door. I opened it and there were two gentlemen from the FBI standing there. They showed me their credentials, and I was so impressed!” she said. “I decided then that I wanted to go into the FBI.”

At that time, there was a height requirement for women who wanted to be special agents, Bergland said, so she found other trails to blaze in the law enforcement field. She began her career as a store detective for E. J. Korvette department stores, working undercover to catch employees who were stealing. In 1962, after 10 years, she transitioned to the corrections department to work in prisons such as Bedford Hills and Sing Sing.

“I wanted to be able to tell my grandchildren stories,” she said. “And I got plenty of stories to tell them from Sing Sing.”

However, it was an experience at Great Meadow Correctional Facility in Comstock, New York that has stayed with her the longest. On her first morning there, she encountered a young black inmate scrubbing the floor. He paused when he saw her.

“He looked up at me and said, ‘Lieutenant, can I ask you a question?’ And I said yes. And he said, ‘Can you stop them from calling us [the n word]?’ I asked him who called him that, and he said everyone did, including officers,” Bergland said. 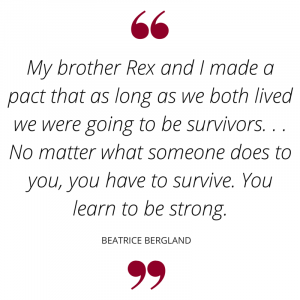 “That kind of hatred was much more than anything I’d received when I was a little girl. They didn’t call us names—they just didn’t like us,” she said.

Bergland, who was the prison’s first black female watch commander, approached the captain with the inmate’s concern. Her advocacy launched a conversation about the racially charged language being used. Eventually she prevailed—the staff was prohibited from using racial slurs.

“It was good to feel that I was helpful in some way to them,” Bergland said. “After that, the black inmates would see me and say ‘Hi Ma,’ and I would say ‘Hey son.’”

She retired after 30 years, but remains active in the Bronx community and with her family—one daughter, four grandsons, and a newborn great-grandchild. She is a deacon at the Community Church of Morrisania and was instrumental in creating an African-American pictorial museum, a collection of images and artifacts from her mission trips with the church to West Africa.

“People need to be taught. Black history should not be forgotten. You have to know where you came from so you know where you’re going,” said Bergland, who recently celebrated her 80th birthday.

“It’s not just black history; it’s all of our history.”