skip to main content
Return to Fordham University
You are at:Home»Arts and Culture»Asian American Writing Group Expands to Lincoln Center
Students attended Kundiman’s annual retreat at the Rose Hill campus in 2019.
Contributed photos
Sarah Gambito, professor of English, brought the annual Kundiman writers retreat to Fordham when she joined the staff in 2008. She said she and her co-founder, poet Joseph O. Legaspi, started the group as a way for writers of color to get a sense of grounding that they felt they lacked.

“We were talking about the difficulties we were sharing, and also the beautiful accords that can occur when you can be your full self when others accept you and your work. Often writers of color are in places where they can literally be policed. People will say ‘No, you shouldn’t use Spanish here,’ or ‘Someone’s grandmother really wouldn’t say that,’” she said. 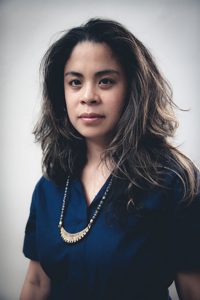 “So, it’s about thinking about the freedom that could exist within an Asian American space.”

After 14 years at the Rose Hill Campus, Kundiman, the nonprofit organization dedicated to nurturing writers and readers of Asian American literature, has expanded to include students at Fordham’s Lincoln Center campus.

For the past four years, Kundiman has hosted Fordham College at Rose Hill students in paid internships that were funded by the University.

This summer, when the time came to renew the partnership, Maura Mast, Ph.D., dean of Fordham College at Rose Hill, and Laura Auricchio, Ph.D., dean of Fordham College at Lincoln Center, teamed up to contribute funding for the internships. In June, the first four FCLC students began working with Kundiman, which promotes artists through workshops, lectures, performances and an annual retreat.

For Auricchio, the partnership was appealing because it offers Lincoln Center students an intellectual, educational opportunity that also gives them real-world experience and networks. It also contributes to the college’s anti-racist initiative.

“That took on particular urgency last year as we were seeing an increase in attacks and anti-Asian hate crimes thanks to misunderstandings about COVID-19 that were sometimes blamed on people of Asian descent,” she said.

“It’s about artists who are fully engaged in making the world a better place, so its fully living Fordham’s mission of being people for others, making art for the others, and having a transformative impact on the artists themselves and the community beyond.”

Practical Skills and a Warm Community 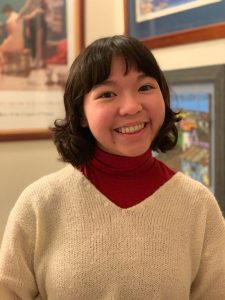 Bea Mendoza, a senior at Fordham College at Lincoln Center who is majoring in psychology and English with a creative writing concentration, began interning at Kundiman last summer as an operations intern. This fall, she joined the grants-writing team. A poet herself whose family hails from the Philippines, Mendoza has both participated in classes held by the group and helped coordinate them. She’s found the process of learning to write grants to be especially gratifying.

“It’s been such a warm community to be a part of,” she said.

“Interning with Kundiman has really opened my eyes to how much I want to continue working in literary nonprofits and to stay in the literary world.”

Stefan Valenti graduated in December from Fordham College at Lincoln Center with a degree in new media and digital design and a double minor in psychology and marketing. He began working with Kundiman as a communications intern in the fall, and has stayed on as an intern this spring.

“The idea of going into the workforce is a little intimidating because you’re never really sure of the culture you’re going to walk into, but Kundiman has been very supportive and understanding of newer workers,” said Valenti, whose father is Italian and whose mother is Indian. 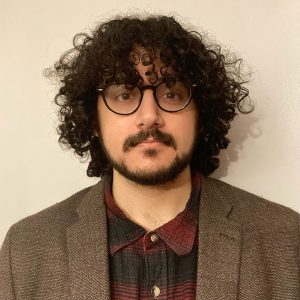 “I feel like this position really strikes a balance, because it allows me to be creative through copy writing and graphics, but I’ve also learned practical skills I can use for marketing or advertising.”

Valenti also said working with Kundiman has also widened his perspective about writing. A recent reading of Monsters Under the Bed by the poet W. Todd Kaneko, a Kundiman fellow,  was especially compelling.

“The whole world of poetry is something I wasn’t into before, but after reading some of the fellows from Kundiman, I’ve opened my eyes a little bit. There are some poems where I read them, and I still don’t know what I’m supposed to be getting, but then there are other poems where I read it, and I say, ‘Oh, that is objectively good, I understand this,’” he said.

An Understanding of Nonprofits

Mast said funding student internships at Kundiman was a no brainer, given how much of a difference the group makes through programming geared toward high school and college students .

“I also think of the high school students who they work with, who have this first exposure to a Asian poet or fiction writer. For them to see themselves means they can see their future. That has a tremendous impact,” she said.

At Fordham, she said, “they’ve really brought those students into understanding how nonprofits work, with the fundraising, the publicity, the working with donors, but also building the community.”

She agreed that the partnership was an example of better coordination between her and Auricchio, similar to the Cultural Engagement Internships program that kicked off in May. 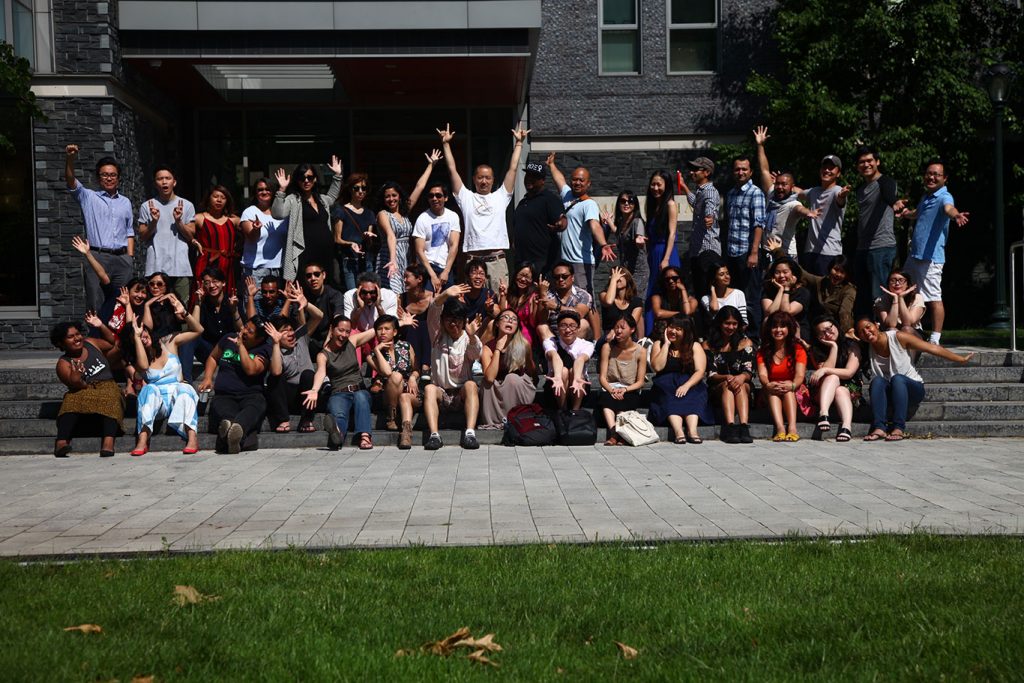 The retreat has been taking place at the Rose Hill campus since 2008.