skip to main content
Return to Fordham University
You are at:Home»Arts and Culture»Artists Adjust to Life Without Audience, Stage, or Performances
The cast of Fordham Theatre’s To The Bone, at end of a reading of the play, which took place on what would have been the final performance of a two-week run.
“All the world’s a stage,” Shakespeare declared in As You Like It, and “all the men and women are merely players.” But finding a proper stage to perform on is a lot harder when you’re living through a pandemic.

The shift to remote learning last month necessitated by the COVID-19 outbreak has presented unique challenges to students and professors in the performing arts. They’ve been forced to temporarily leave behind concert halls, dance studios, and theaters, and in some cases, to reconsider the very nature and purpose of what they do.

In Theater, Special Attention to the Medium

“It’s a huge challenge to adjust to this, and like any kind of trauma, it plays itself out very differently in different personality types. To be aware of that and sensitive to that is an education,” said George Drance, S.J., artist-in-residence at Fordham University Lincoln Center and a member of the Fordham Theatre faculty.

For Drance, who is teaching the courses Acting IV and Theatre, Creativity, and Values this semester, the shift has involved helping students learn and rehearse plays such as The Centaur Battle of San Jacinto while separated by both space and—for students not on the East Coast—time. Scenes would be impractical to rehearse on Zoom, so students have been working on monologues instead. Drance also split his Acting IV class into an East Coast group and a West Coast Group, and when they meet in person, it’s primarily to review monologues the students have recorded of themselves earlier.

“We decided to really use the platform to focus on individual on-camera technique, because they’re dealing with a camera instead of an audience,” he said.

“So rather than force a Zoom conference to be anything other than it is, we took it as a way to demonstrate how the principles of working with a partner and doing on-camera work are really the same principles but executed with subtle differences.” 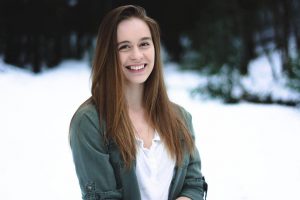 Drance said he has also challenged his students to ask themselves what it’s like to be attentive to themselves now that their regular routines have been stripped away.

“How can you be patient with yourself, rigorous with yourself, and generous with yourself according to what is appropriate for each moment? In that way, it’s very Ignatian,” he said, noting that Saint Ignatius, the founder of the Society of Jesus, often spoke of focusing on whatever is more conducive to a person’s place and circumstance.

Clint Ramos, head of design and production in the theater program, said when it comes to set design, students who would have been expected to turn in the second of the semester’s two projects are instead receiving in-depth tutorials. Even if students can’t build models of theater sets from home, they can still dissect the texts of plays and discuss emotional responses that might then be translated into physical forms.

“When we’re looking at a text, instead of immediately jumping to a design, we spend a lot more time talking about the piece, its social implications, what could be a potential design for it. We’ll research materials that could lead to a design rather than concentrate on the practical methods of designing the piece itself,” he said.

For Lillian Rider, a Fordham College at Lincoln Center junior who will graduate in December with a degree in theater design and production, the pandemic ended her chance to stage manage To The Bone, the final production of the department’s mainstage season.

Instead, the cast came together via Zoom for a reading of the play on April 18, the day that would have been the final performance of a two-week run. Roughly 90 people attended, and Rider supervised from her parents’ home in Hartford. Although it was never meant to replace a real performance, she and director Lou Moreno took small steps to make it more than a regular Zoom meetup, such as making sure the backgrounds behind actors were similar.

At the conclusion, audience members were allowed to turn their cameras on, and the cast could see them applaud. It was a far cry from the real thing, but Rider said she was satisfied that it did what she most wanted it to do, which was reunite the cast and introduce new people to the material.

“We had a few sound problems, which were bound to happen, but we just didn’t stop, and they worked themselves out. I was texting actors throughout, helping with technological things, but nothing that held up the run,” she said.

“I didn’t think I’d actually end up getting to manage a mainstage show this year, but it did end up being a lot of management, a lot of emails and scheduling, and then I got a hand in the running of the show.”

Nathan Lincoln-DeCusatis, an assistant professor of music, was fortunate that the two classes he is teaching this semester, Music Theory II and Jazz Arranging, are more amenable to online instruction, thanks to music-writing sites like Noteflight. After some trial and error, he settled on a system where he makes a prerecorded lecture of himself playing chords and working with notation software. Live meetings are reserved for questions about the lecture and demonstrations of exercises students can practice. 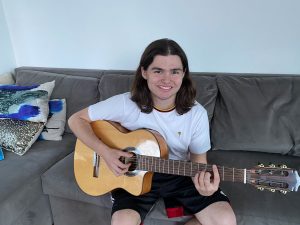 “It’s like a flipped classroom, because you do the lecture for homework, and then you do the homework together in class. As I’ve gotten better, I’ve been able to do more in real time over Zoom, because I’ve figured out tricks like how to play the music from my computer,” he said.

Lincoln-DeCusatis did lose a live performance element of his music theory class, as he had arranged for professional musicians to visit class and perform pieces that students had arranged. Rather than scrap it, he emailed the students’ works to the musicians, who then recorded them in their home studios and returned tracks to him. He then synced the tracks—one each for a trombone, tenor saxophone, alto saxophone and bass—with a piano track of his own, and uploaded the finished result to SoundCloud.

“It actually sounded better than anything we’ve done before, because that’s how you record in a recording studio,” he said.

“Every instrument is isolated, and you can mix it and add effects to it. It sounded really great; it’s the best-sounding outcome we’ve had so far. That was probably my greatest pandemic teaching triumph.”

Antonio Rivoli, a sophomore at Fordham College at Rose Hill majoring in music and urban studies, and one of Lincoln-DeCusatis’ music theory class students, is also enrolled in the Afro-Latin Music Ensemble course. The course was significantly hampered by the suspension of in-person instruction, but he said that ensemble director Peter “Jud” Wellington shifted the focus of the class to sampling, a change Rivoli has embraced wholeheartedly.

“We’ve really challenged ourselves to make the best out of a really difficult time. No one expected that this could have happened, and to be putting together other kinds of projects that the courses aren’t designed for has been really cool,” he said.

Rivoli said he’s also tried to make the most of his time at home in Battery Park City.

“I have a microphone, and I took music production last fall, so I’ve been doing some mini-recordings to try to be productive. I’ve been practicing more guitar, which I never do on campus. So there have been certain perks,” he said.

A Barre in Brooklyn 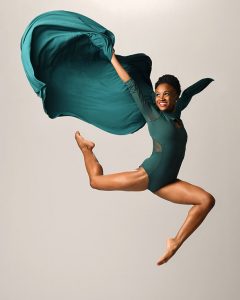 Meagan King is, in her words, “trying to find the light in everything.” By now, King, a senior in the Ailey/Fordham BFA program, would have normally auditioned for one of Ailey’s two dance companies, where she hopes to dance upon graduation. Instead, King is studying at her parents’ home in Mill Basin, Brooklyn.

“I’ve been trying to stay ready,” she said.

“I’ve been telling myself, ‘If I put in the work now, I won’t have to feel like I’m unprepared when it comes to the audition.’ I know that I can be naturally nervous in auditions as most people are, but I want to take out all the extra factors that can take away from me just shining.”

In addition to working with instructors, King has been using the time to explore online presentations from other dancers. She’s been working on the custom-made barre her father built for her and her younger brother, who is also a dancer, and she’s dampening her ballet slippers to give her more grip on the floor.

Like her fellow seniors, she has had virtual conversations with dance professionals from around the city that were arranged by the Ailey Company, to address any concerns related to the field. The talks have spurred her to think deeply about why she started dancing in the first place, as a student at LaGuardia High School of Music and Art in Manhattan, just a few blocks from Fordham’s Lincoln Center campus.

“I realized, that kind of free spirit is the same person I want to connect to now when I get to go out and do my audition whenever this is over. It’s easy, once you have the knowledge, to become critical of yourself,” she said.

“Not to say I should just be reckless and audition, but I feel like I’m taking off layers in this quarantine so I can just dance. I have the knowledge; I have the foundation I’ve been working on.”

Melanie Person, co-director of the Ailey School, said the school has had to rely more on video and written instruction in lieu of in-person instruction, and instructors are particularly sensitive to the fact that students’ living rooms and bedrooms are no substitute for a spacious, well-lit studio.

Person also noted that self-discipline has always been paramount for world-class dancers.

“At Ailey, they’re taking two to three dance classes a day, even via Zoom,” she said.

“This requires self-motivation and self-discipline that you really need anyway for dance, but now you really have to draw more from your own reserves for this. You’re a dancer, this is what you do, you have to have to keep your own schedule with it.”

There is a culpable sense of loss born from the fact that the community is separated from each other, she said. But perhaps counterintuitively, Person said, it can be empowering for a dancer to assume complete responsibility for themselves and their art.

“It’s a different model. It’s time to be reflective. And really, you can sit back and think about, ‘Why do I dance?’ Once you have distance from something, perhaps you come back to it with a different appreciation and from a different perspective. I believe that is what is to be gained from this.”