skip to main content
Return to Fordham University
You are at:Home»Arts and Culture»Apocalypse and Eco-Poetics: Winners Named for 2014-15 Poets Out Loud Book Prize Series

Poets Out Loud (POL), the community of poetry at Fordham’s Lincoln Center campus, has selected the winners of its annual book prize series, offering the recipients the opportunity to have their books of poetry published by Fordham University Press. 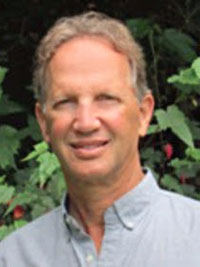 Gregory Mahrer and Nancy K. Pearson are the 2014-15 winners of the POL Prize and the Editor’s Prize, respectively. Their manuscripts—Mahrer’s A Provisional Map of the Lost Continent and Pearson’s The Whole by Contemplation of a Single Bone—will be published in the spring of 2016.

“As a reader, I am always looking to be surprised, to be transported by language,” said POL Co-Director and English Professor Elisabeth Frost, PhD, who serves as judge for the Editor’s Prize.

“I always return to Emily Dickinson’s famous description: ‘If I feel physically as if the top of my head were taken off, I know that is poetry.’ For me, these newest titles in the POL series do just that.”

Mahrer’s book, Frost said, presents a post-apocalyptic society in which the surviving humans must contend with ecological as well as philosophical concerns that emerge in their new world. 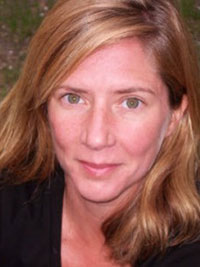 “The book stood out immediately for its originality of vision, as well as for the sheer beauty, line to line, of each poem,” she said. “This is not a work of science fiction—it’s more lyrical than that—but reading it, I felt completely immersed in another world.”

Pearson’s “eco-poetics,” meanwhile, addresses issues ranging from addiction to the imprint of slavery on the American landscape by situating the poem’s speaker in relation to the physical landscape, Frost said.

“The voice is personal, intimate, smart—just brilliant,” she said.

In addition to having their books published, Mahrer and Pearson received a prize of $1,000 each and will take part in Fordham’s annual “Voices Up!” performance, an event that commissions composers to set poems to music. Mahrer, Pearson, and the other performers will read their works at the concert on April 16, 2016 at the Lincoln Center campus.

Established in 1999, the POL book prize series selects an unpublished manuscript of poetry from hundreds of entries annually to be published by Fordham University Press. This year’s judge was John Yau, a poet and critic known for such works as The Passionate Spectator: Essays on Art and Poetry (University of Michigan Press, 2006) and Ing Rish (Saturnalia, 2005). The Editor’s Prize was added in 2010.

“These days it’s difficult to get poetry published, let alone really noticed,” Frost said. “Even university presses are under such financial constraints that the number of really good presses with poetry series is diminishing all the time. Contests like the POL Prizes allow the work to be not just published, but distributed.”

This year’s finalists were: