skip to main content
Return to Fordham University
You are at:Home»Arts and Culture»Acclaimed Director Named as Denzel Washington Theatre Chair 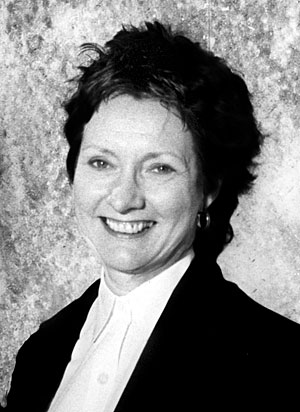 JoAnne Akalaitis, an award-winning director and founder of the experimental theater company Mabou Mines, will join Fordham’s theatre program this fall as the Denzel Washington Endowed Chair in Theatre.

“JoAnne is a giant in the American theatre,” said Matthew Maguire, director of the theatre program. “Her work with Mabou Mines was the finest work I saw in theater when I arrived in New York, and it transformed the way I saw the possibilities of the theater.”

“Mabou Mines is one of the most important experimental theater companies in the United States, and it is still going strong,” Maguire said. She has also lent a radical perspective toward re-imagining classic works, including plays by Beckett, Genet, Pinter, Euripides, and Shakespeare.

She accepted this year’s chair after its initial holder, actor Stephen McKinley Henderson, withdrew this month due to an urgent health issue.

Akalaitis graduated from the University of Chicago in 1960 with a degree in philosophy, but later decided to pursue acting. She studied theater with the Actor’s Workshop in San Francisco, the San Francisco Mime Troupe, The Open Theater in New York, and with acting theorist Jerzy Grotowski in France.

She has directed at the American Repertory Theater, Lincoln Center for the Performing Arts, the New York City Opera, Goodman Theatre, Harford Stage, Opera Theatre of St. Louis, the Guthrie Theater, and the Court Theatre in Chicago, where she was artist-in-residence.

She is the former artistic director of the New York Shakespeare Festival, a position that she was appointed to by its founder, Joe Papp.

Papp said Akalaitis has “the most original mind in the theater today.”

“As a leader, she is independent. She doesn’t recognize boundaries and you can’t pigeonhole her. She has great drive. And she is very astute about how the theater is run.”

In addition to directing, Akalaitis has held several academic positions, including the Andrew Mellon Co-chair of the Directing Program at Juilliard and the Wallace Benjamin Flint and L. May Hawver Flint Professor of Theater at Bard College. She is the recipient of a Guggenheim Fellowship, National Endowment for the Arts grants, and a Pew Charitable Trusts National Theatre Artist Residency Program grant.

“We are thrilled that she is doing us the honor of joining us for a semester as the fifth Denzel Washington Chair,” Maguire said.