skip to main content
Return to Fordham University
You are at:Home»Arts and Culture»A Remembrance of Fallen Heroes, A Celebration of Rising Sound 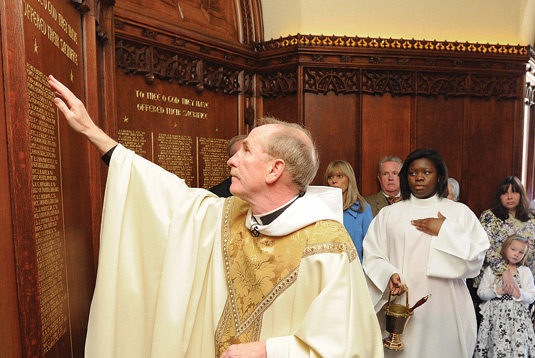 After For many, the Vietnam War is a distant memory, a decades-old conflict defined by news coverage focused as much on the protests against an unpopular war as on the men who fought it. 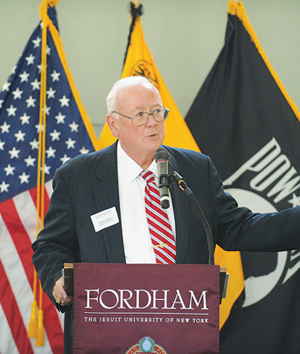 But not for Lt. Col. Donald J. O’Connor, FCRH ’63, who, as a member of the 1st Marine Regiment, served south of Da Nang in 1968 and 1969. He will never forget his fellow soldiers and classmates killed in Vietnam.

“Every time I go to Mass, I pray for the deceased,” O’Connor said. “I remember every man I knew who died there. We must always remember them.”

On April 21, Fordham remembered by dedicating a Vietnam War Memorial inscribed with the names of the 23 University alumni who perished in that conflict. The creation of the new memorial, which resides in the narthex of University Church, was spearheaded by William Burke Sr., FCRH ’65, LAW ’68 (pictured right), who attended Fordham with students who served in the war.

“This memorial is a reminder of how lucky we are in this country and a true acknowledgement that Fordham remembers its heroes,” said Burke. “God bless them.”
The dedication and Mass included a blessing of the church’s new Maior Dei Gloria organ, as the sound of Bach’s Prelude and Fugue in G Major filled the sanctuary. 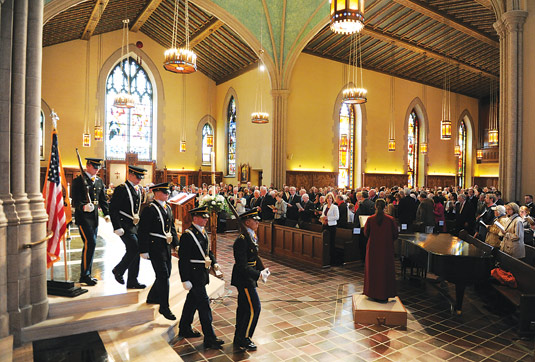