skip to main content
Return to Fordham University
You are at:Home»Arts and Culture»A Colombian Immigrant Finds Beauty in Art and America
Photos courtesy of Melissa Mejia
Melissa Mejia has always been an artist. Growing up in Colombia, she painted school murals and took extracurricular art classes on weekends. As a teenager in New York, she was awarded first runner-up in a national high school art competition. She also won several art scholarships and created two pieces that were featured in the Museum of Modern Art.

But Mejia said she couldn’t choose art as a career. A degree in the fine arts was too costly, especially for a first-generation college student with limited financial resources like herself.

“I’ve always been interested in media, especially since I started studying political science. This is public media, which is even better because I’ll be working for a good cause,” Mejia said. “And I can find a way to integrate the arts.”

‘Art Was My Escape From Reality’

Mejia was born in Medellín, Colombia, in the early ’90s—one of the most dangerous periods in the country’s history. Her city was recovering from many years of internal conflict, especially drug trafficking, and it wasn’t easy to find jobs, said Mejia. When Mejia was a toddler, her mother made a difficult decision. 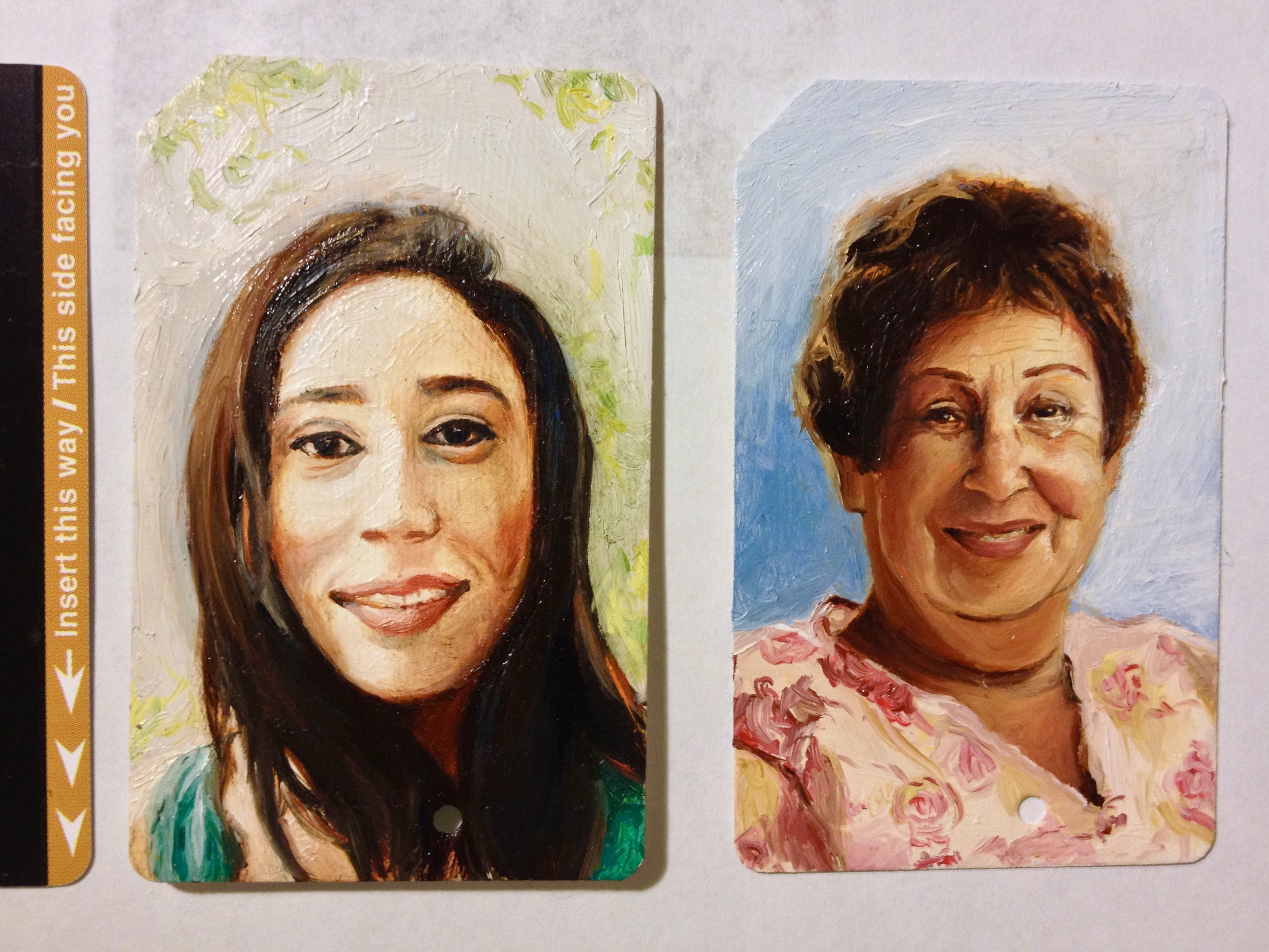 Portraits of Mejia and her grandmother on Metro Cards

“My mother, whom I deeply admire for her bravery, moved to the U.S. with her sister in the hopes of providing a brighter future for me and my sister. She worked several jobs, including as a waitress. She saw that this was the only way for her to support us,” said Mejia, who left her father, aunts, and grandparents in Colombia as a teenager to join her mother, whom she had lived apart from for most of her childhood.

Mejia said she struggled to adjust to her new life.

“We imagine New York as that little piece of Times Square that’s so brilliant, beautiful, and perfect, like Disneyland. Then you realize that there’s so much more. I first lived in the Bronx, which did not look exactly like what I had seen in the movies. I liked living in The Bronx, but it was a big cultural change for me,” Mejia said. “I would sit with my sketchbook and paint and draw. Art was my escape from reality.” 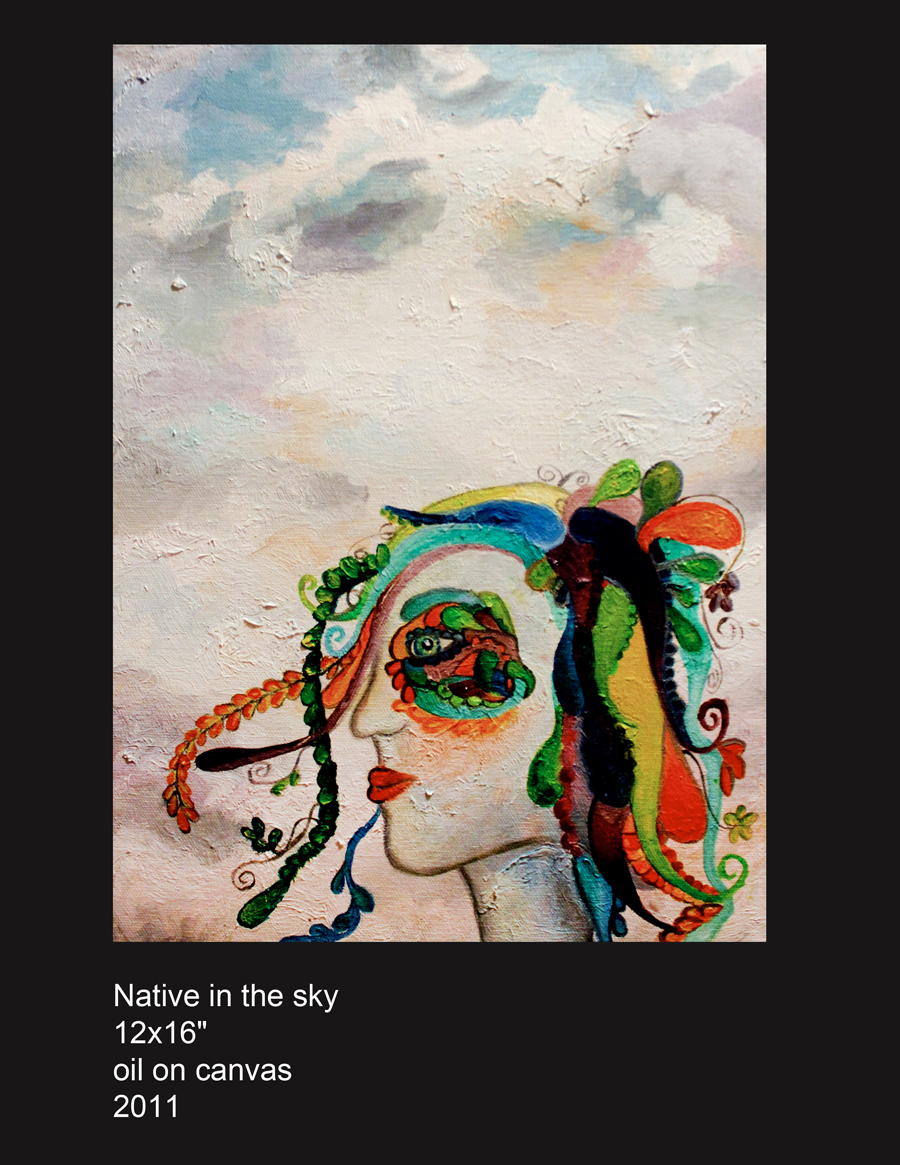 Mejia’s painting that placed in a 2011 Congressional Art Competition

Her temporary escape became a permanent passion. As a student at Manhattan Comprehensive Night and Day High School, she won a scholarship to study at the Art Students League of New York, one of the oldest independent art schools in the U.S. For two consecutive summers, she also participated in a program at the Museum of Modern Art, which featured her artwork. In addition, one of her paintings was selected as a first runner-up in a national high school art competition.

“My painting was inspired by the Beatles song ‘Lucy in the Sky With Diamonds.’ That song just made me so happy,” said Mejia, who submitted a painting of a woman with flowers in her hair to the 2011 Congressional Art Competition. “My painting reflected this moment in high school when I was starting to learn English, make friends in New York, and feel like I was finally part of a community.”

But Mejia said she realized that a career in the arts wasn’t feasible. Everything about it was expensive, including fine arts school tuition and supplies, and she couldn’t afford the long-term investment. Instead, she spent years working in retail, saved money, and then returned to school. In 2018, she earned an associate’s degree in communication studies from the Borough of Manhattan Community College, while working a full-time job.

“Communications studies is so broad that I thought it could lead back to the arts,” Mejia said. 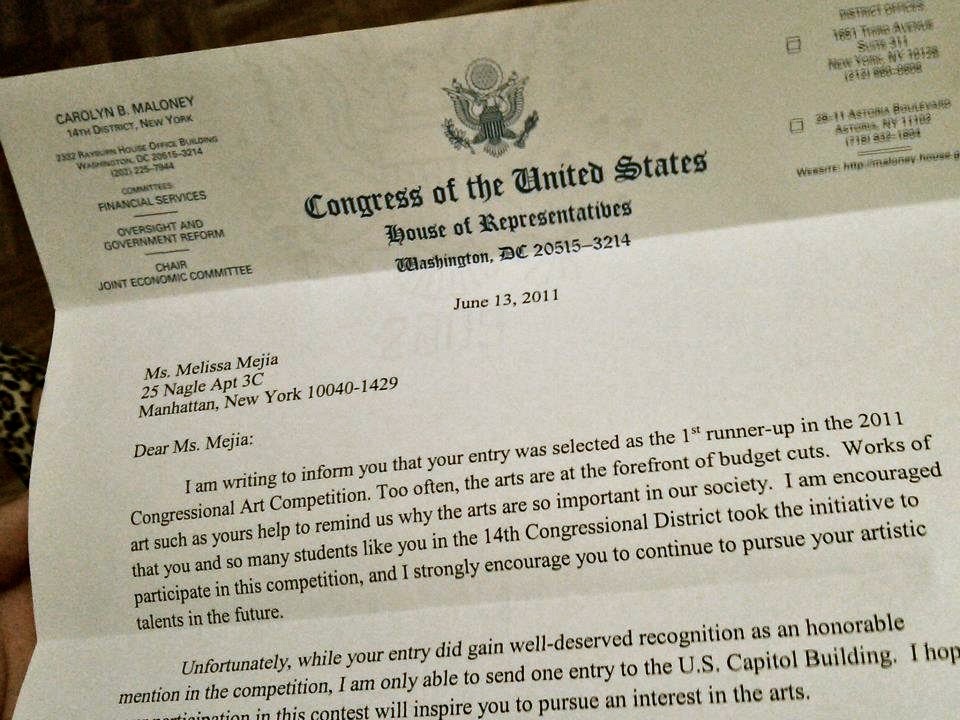 Over the next two years, her personal life took her across the world: to Sweden, where she studied political science at Stockholm University, and to Paris, where she continued her education at the Paris Institute of Political Studies until the pandemic. She returned to New York, where she found Fordham and completed her bachelor’s degree in political science.

Mejia is now pursuing her master’s degree in public media so she can become the person she wishes she had when she was a young artist, she said.

“What I’ve realized after living in New York City, Colombia, and around the world is there are so many scholarships and opportunities for artists, but so little information about them unless you are well-connected. There’s a lot of aid out there that’s not being marketed effectively. But people who work in public media can spread the word about these opportunities,” Mejia said.

Mejia said she is considering becoming an immigration lawyer. Although she was able to become an American citizen, she saw many immigrants struggle to have a brighter future. She said she wants to be able to assist those who are chasing their dreams through academics, especially Dreamers.

“It’s not about the diploma. It’s about the challenge and fulfillment that you feel along your journey,” Mejia said. “You are not alone. There are many students like you who are paving the road for others.” 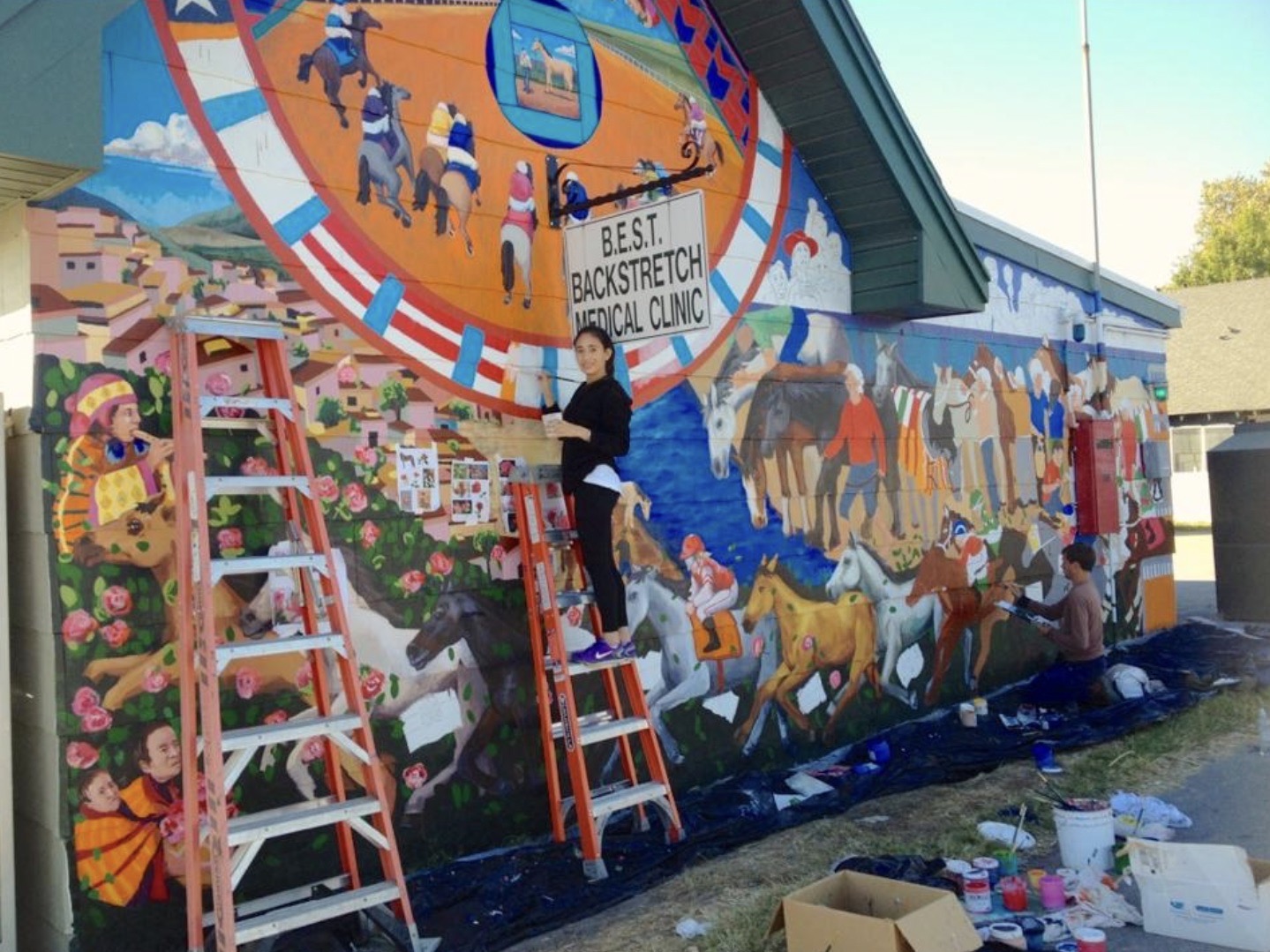